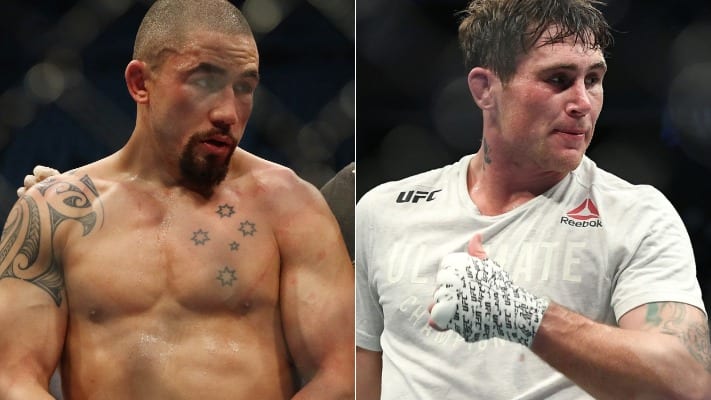 An explosive matchup between Robert Whittaker and Darren Till is set to headline UFC Dublin.

That’s according to ESPN’s Brett Okamoto who states the bout isn’t signed as of yet, however, the UFC are in the process of finalizing it.

“Breaking: UFC targeting Robert Whittaker vs. Darren Till to headline UFC Fight Night on Aug. 15 in Dublin, per multiple sources. Not signed yet, but UFC in the process of finalizing. WHAT A MAIN EVENT. Rob? Darren?”

Whittaker was initially expected to return at UFC 248 this past weekend against Jared Cannonier. However, he had to withdraw due to personal reasons. His last outing saw him lose the middleweight title to Israel Adesanya late last year.

As for Till, the Liverpool native is coming off a unanimous decision victory over Kelvin Gastelum in November in what was his middleweight debut. He has since repeatedly campaigned for a fight with Whittaker and it appears he has gotten his wish.

UFC Dublin takes place August 15 at 3Arena. No more fights are planned as of yet. However, we will provide updates as we get them.

Are you excited for this matchup?