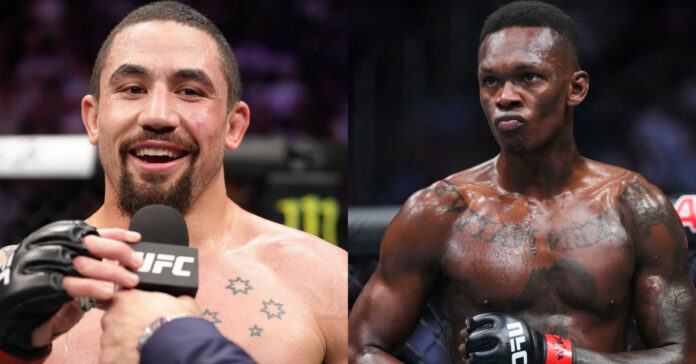 Robert Whittaker believes he’s the best middleweight but admits he needs to go through a ‘super annoying fight’ with Israel Adesanya.

Former UFC middleweight champion Whittaker is coming off a strong victory over Marvin Vettori at UFC Paris. Vettori was unable to get going as Whittaker shut him down to come out on top of the judges’ scorecards by unanimous decision.

As he works his way back to title contention, Whittaker knows he would possibly need to challenge Adesanya for the gold one more time. Adesanya and Whittaker took to the octagon opposite one another on two occasions, with ‘Stylebender’ getting the better of Whittaker both times.

During an appearance on MMA on Sirius XM, Whittaker received praise from fellow UFC fighter Anthony Smith. ‘Lionheart’ believes ‘The Reaper’ to be the most skilled 185-pound athlete on the roster.

“I 100 percent agree with that,” Whittaker told MMA on Sirius XM in response to Anthony Smith labeling him the most skilled middleweight in the UFC (h/t Drake Riggs of MMA Mania). “Let me just say thank you to Anthony Smith because that’s a big prop. I really, really appreciate that.”

Whittaker got asked to share his thoughts on a matchup with Adesanya, who would be a tough stylistic opponent. He confessed that ‘Stylebender’ would be a ‘super annoying fight’ he needs to take to prove he’s the best middleweight in the world.

“But definitely. I 100 percent wholeheartedly agree with it. That’s why I mention a lot of times I’m given the microphone, that’s why I’m the most dangerous Middleweight in the world for that reason [laughs]. Smith said it the best, he’s a terrible matchup for me and I hate that fight. It is annoying, a super annoying fight to go through, but I do truly believe I’m the best Middleweight in the world.”