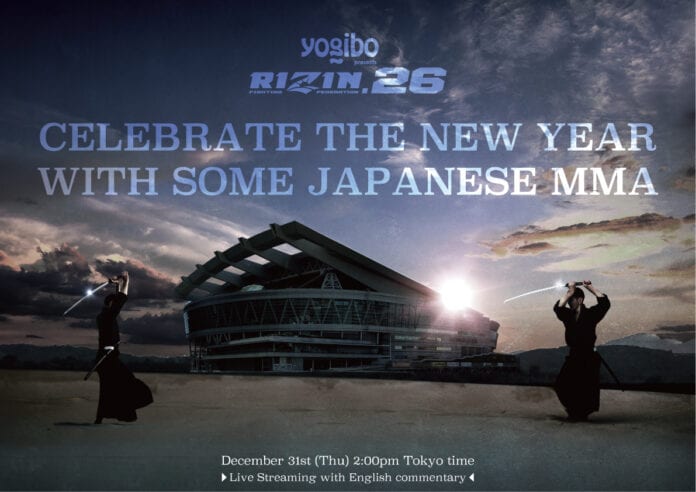 RIZIN FF is known for putting on epic New Year’s Eve events, and the forthcoming RIZIN 26 appears set to continue that tradition.The 16-fight card, which will take place inside the Saitama Super Arena, will feature 2 title fights and the return of kickboxing superstar Tenshin Nasukawa.

The Japanese promotion has officially released the full card, which sees Kai Asakura defending his bantamweight strap against Kyoji Horiguchi in the main event. The pair have faced off previously, with Asakura demolishing Horiguchi inside the opening minute of their 2019 bout at RIZIN 18. Asakura comes into this fight on the back of two straight wins, while Horiguchi will be making his first appearance under the RIZIN banner since his shock loss to Asakura.

In the co-main event, kickboxing sensation Tenshin Nasukawa takes on Thailand’s Kumandoi Phetjaroenvit in a 58.5 kg catchweight bout. The 26-year-old Phetjaroenvit has racked up over fifty Muay Thai bouts and won multiple titles.

The undefeated Nasukawa will start as the heavy favorite, but hopefully, Phetjaroenvit will provide a sterner test for the 22-year-old than some of his most recent opponents. The vacant women’s super atomweight title will also be on the line with Ayaka Hamasaki, and Miyuu Yamamoto set to clash for the strap.

JMMA fans can also rejoice at the news that the card will be streamed internationally with English commentary. Frank Trigg and Joe Ferraro will be the men on the mic with the event streaming on LIVENOW.

Here is the full card for RIZIN 26

Will you be watching RIZIN 26?