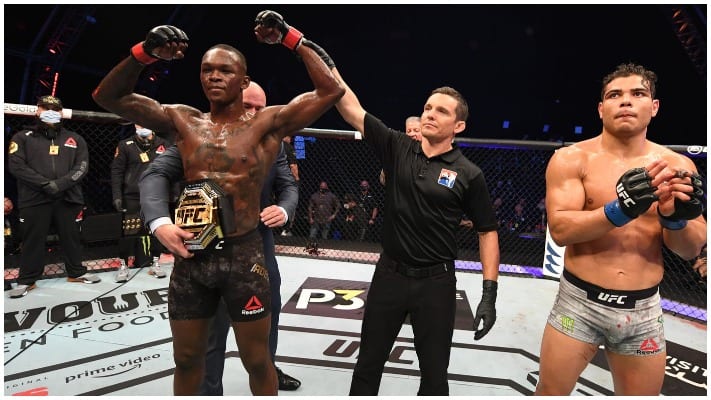 The pay-per-view figures for UFC 253 have reportedly been released and it appears the promotion had another great night in Abu Dhabi this past weekend.

In the main event, Israel Adesanya emphatically defended his middleweight title against the previously unbeaten Brazilian knockout artist Paulo Costa. ‘Stylebender’ needed just two rounds to pick up the TKO win. Prior to that Jan Blachowicz picked up the vacant light-heavyweight title in impressive fashion. The Polish power-puncher dominated Dominick Reyes on route to a second-round TKO win.

According to the Athletic UFC 253 was a great success with 700,000 pay-per-view buys worldwide making it the third most successful UFC PPV of 2020. UFC 251 which featured Kamaru Usman vs. Jorge Masvidal, Alexander Volkanovski vs. Max Holloway II, and Petr Yan is the most successful event of the year so far after it did 1.3 million buys in July. UFC 246 was also a great success, selling 1 million pay-per-views worldwide. Unsurprisingly so considering it featured Conor McGregor’s highly anticipated return. The Irishman picked up his first MMA win since 2016 when he wiped out Donald ‘Cowboy’ Cerrone inside one minute.

Do you think UFC 253 did more or less pay-per-view buys than anticipated?