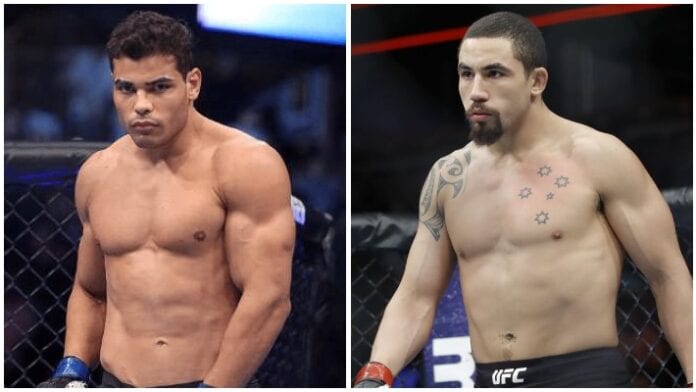 An explosive middleweight encounter between Robert Whittaker and Paulo Costa is set to take place.

That’s according to Sherdog who confirmed with multiple sources that the pair are targeted to compete in a 185-pound headliner on April 17.

It’s a fight that’s been in the making for a while with Costa’s team calling for it to be for the interim middleweight title especially with current champion Israel Adesanya set to take on Jan Blachowicz for the light heavyweight championship in the UFC 259 headliner on March 6.

However, the April 17 bout won’t be for any title. That said, the winner of the fight is expected to get the next crack at Adesanya’s title.

Whittaker bounced back from his second-round knockout defeat to Adesanya with back-to-back unanimous decision victories over Darren Till and Jared Cannonier. He was expected to face Adesanya in a rematch next but the UFC decided to give “The Last Stylebender” the green light to move up.

As for Costa, his last outing came against Adesanya and saw him suffer the first defeat of his career after a second-round knockout at UFC 253 in September.

He has since called for a rematch but will have to settle with a former champion in Whittaker.

Who do you think takes this fight?