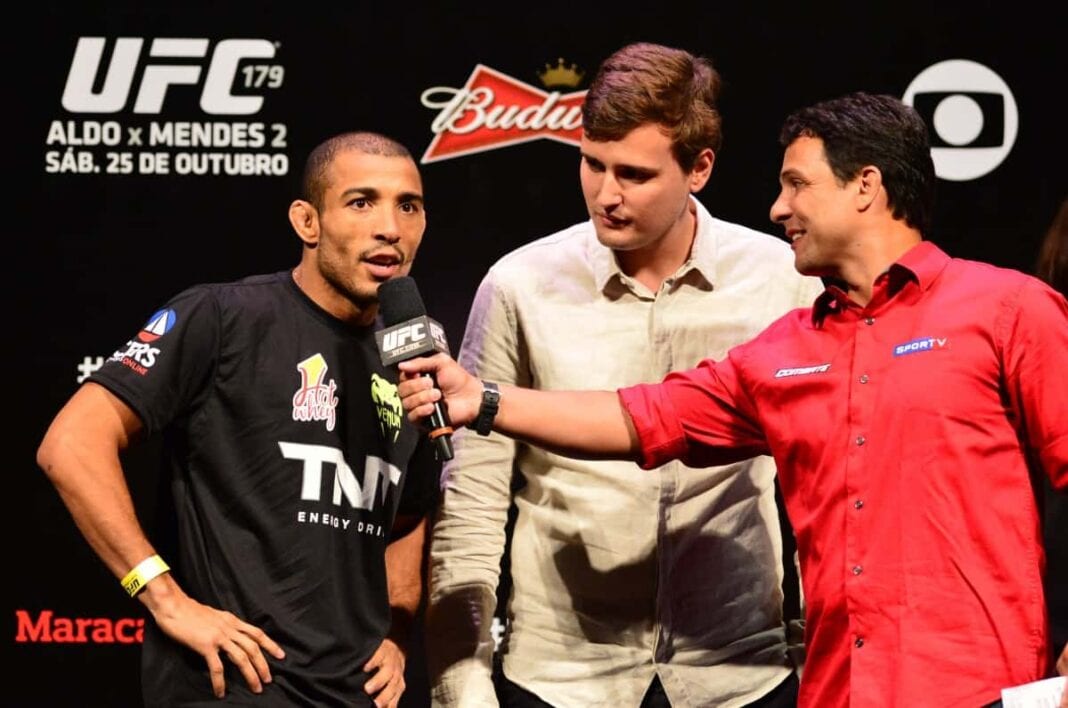 After an unprecedented amount of hype and promotion, was UFC 189’s blockbuster Jose Aldo vs. Conor McGregor main event too good to be true?

It appears that that may be the case, as Brazilian reporter Ana Hissa tweeted earlier that Aldo suffered a broken rib in training today, which could force him out of the quite possibly the biggest MMA fight of all-time.

Brazilian MMA outlet Globo then confirmed the report, noting that Aldo had indeed fractured his rib after going to the hospital to get an MRI with his coach Andre Pederneiras. Supposedly the longtime champ will only be out for around three weeks, but that would still put his anticipated showdown with McGregor on hiatus for at least another month if not more.

The UFC has not confirmed the injury or Aldo’s subsequent removal from the July 11 card from Las Vegas; so stay tuned to LowKickMMA.com for any and all breaking news on the extremely unfortunate set of circumstances.