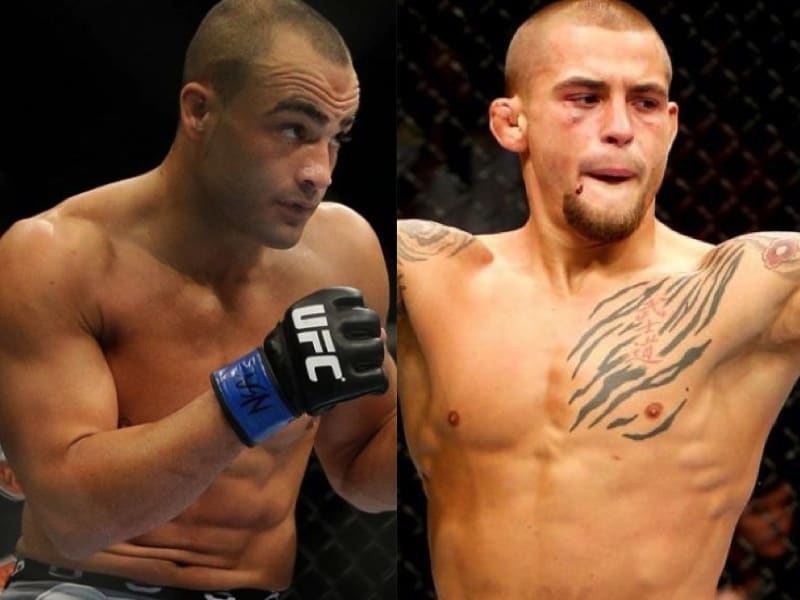 After telling Ariel Helwani on The MMA Hour yesterday (Mon. March 7, 2017) that he wants to make a fight that fans are excited to see, ESPN’s Brett Okamoto reports that ‘The Underground King’ and No. 10-ranked Dustin Poirier have verbally agreed to fight at UFC 211 in Dallas, Texas:

BREAKING: Eddie Alvarez vs. Dustin Poirier verbally agreed to UFC 211 on May 13 in Dallas.

Alvarez comes off of his first loss in over two years this past November, where he was knocked out by Conor McGregor in the second round of their UFC 205 main event meeting in Madison Square Garden; losing his lightweight title. Alvarez was previously on a three-fight win streak which included victories over Gilbert Melendez, Anthony Pettis, and Rafael dos Anjos.

Poirier was previously on an impressive win streak of his own, having racked up four wins in a row since his return to lightweight in April of 2015 with a first round knockout over Carlos Diego Ferreira. His streak was snapped when he met Michael Johnson in the main event of UFC Fight Night 94 this past September, where he suffered a nasty first round knockout at the hands of ‘The Menace’.

After regrouping with a majority decision win over Jim Miller at UFC 208 last month, Poirier is ready to continue his climb towards greatness at 155 pounds.

UFC 211 goes down live on pay-per-view (PPV) from the American Airlines Center in Dallas, Texas on May 13, 2017. It is headlined by a heavyweight title match between Stipe Miocic and Junior dos Santos, and co-headlined by a strawweight title bout between Joanna Jędrzejczyk and Jessica Andrade.