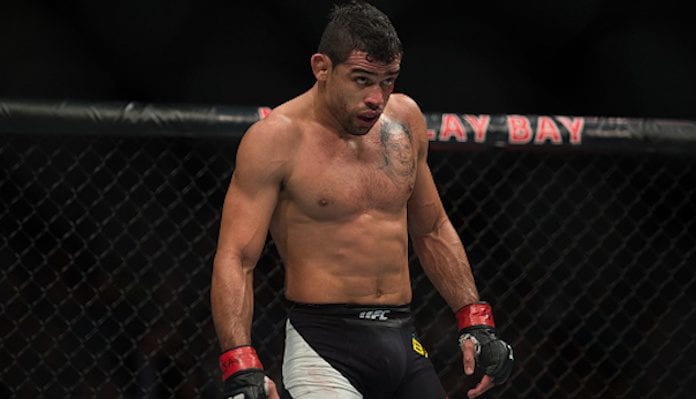 Renan Barao is finally moving up as he faces Douglas Silva at the UFC’s upcoming Sao Paulo event on November 16.

That’s according to a Combate report which states the former bantamweight champion will return to featherweight as he hopes to end his recent winless run.

Barao is currently on a four-fight losing skid and has also lost six of his last seven outings. In addition to his losses, he has also struggled to make the 135-pound limit. His last two bouts saw him notably come in heavy resulting in a percentage of his purse being given to his opponent.

Silva, meanwhile, will also be moving up to featherweight. The Brazilian went 3-2 at bantamweight and is coming off a TKO defeat to Petr Yan in December last year.

UFC Sao Paulo will be headlined by a pivotal light heavyweight bout as Jan Blachowicz welcomes Ronaldo “Jacare” Souza to the division.

What do you think of Barao moving up? Do you think he can perform better at featherweight? Or is it time for him to retire?