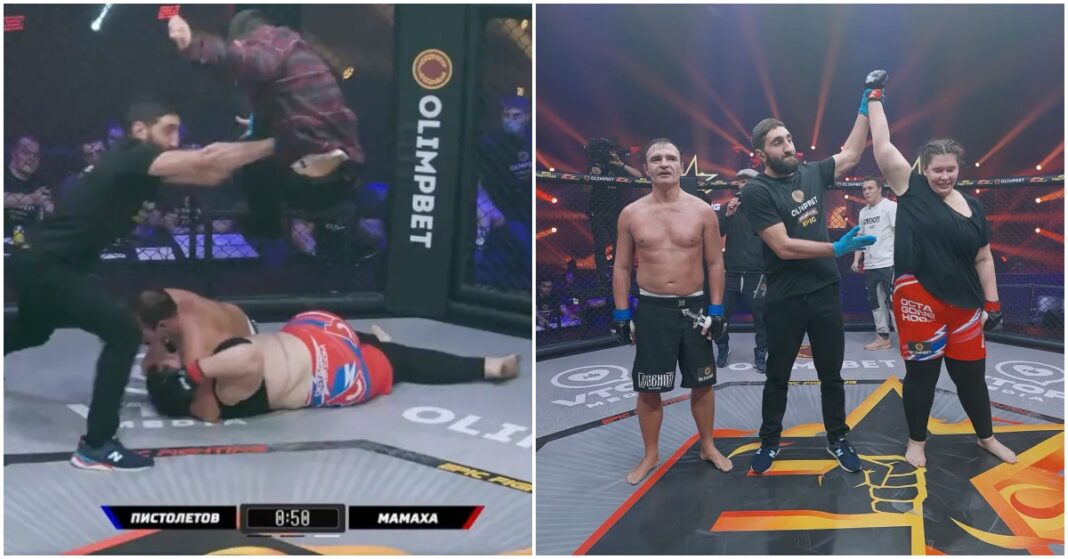 Not only did this fight feature a man and a woman in the cage going at it, but they also weren’t even professional fighters.

Adding to the craziness, was a fan who jumped the cage and tried to get in the middle of it while the fighters were on the ground. The referee and security restrained the fan from doing any damage.

Pistoletov went on to get a submission victory, but there was a discussion afterward and he agreed to go to a fourth round.

Mamaha then won a decision by moving forward for two minutes and that was that.

While this was no doubt the wackiest fight of the night, there was a 2 on 2 woman’s scrap that was about as interesting as it sounds.

In a sport where weird things and the unpredictable seemingly happen every week, this might be the top of the list to start off the new year.

What did you make of the referee’s handy work at Epic Fighting Championship?