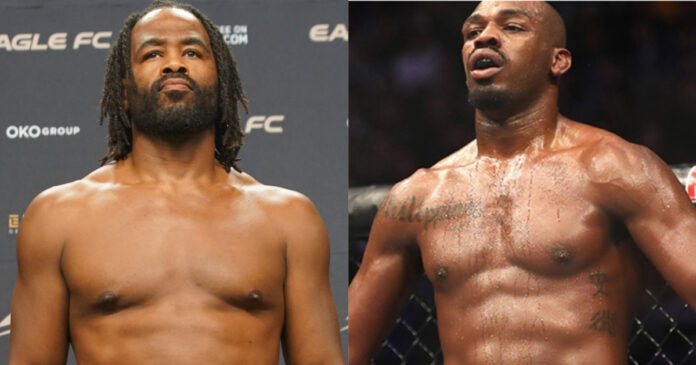 Rashad Evans and Jon Jones shared an intense feud when contemporaries during one of the most competitive eras in the light-heavyweight division. They once shared the mats at JacksonWink but things turned soured forcing Evans to move camps, but the once bitter rivalry has seemed to simmer since Evans’s initial retirement.

When discussing Jones’ comeback, Evans had high praise for the former champion, crediting him for training out with his normal coaching setup.

“I do like him training with ‘Triple C,’ Evans began. “I like it because he’s in a new environment and he’s being challenged with new training activities. Jiri Prochazka’s out there and a couple different training partners. He even trained with some high level Olympic wrestlers which is really going to bring his wrestling to another level.

“And it’s also going to add another element to the heavyweight game that he’s going to have to implement, being able to grapple. So I like him training there and getting out of the box in Albuquerque is not a bad thing at all. Sometimes you can be a big fish in a small pond and you gotta go out there and expand your horizons.”

Although Evans is confident of Jones’ future at heavyweight, he did warn ‘Bones’ that should he meet a younger and fresher fighter such as Tom Aspinall, he may be found wanting.

“Stipe [Miocic] would be a great fight for [Jones] to come into,” Evans said. “I think that he can’t go in there with somebody, well, he can… But I would rather see him go in there against somebody who has been not as active as he is because If you go in there with a guy like Romanov and Tom Aspinall or one of those guys who has been active, it may be a problem for Jon Jones.

“Being in the Octagon after you haven’t been there for a long time, it does feel a little weird. So take some time to get used to it,” Evans said. “Going against somebody like Stipe who’s a little bit slower, who had those wars in there and [Jones] can capitalize off the damage he’s already has, I think that’ll be a good fight.” (H/T MMA Mania)

Do you agree with Rashad Evans?