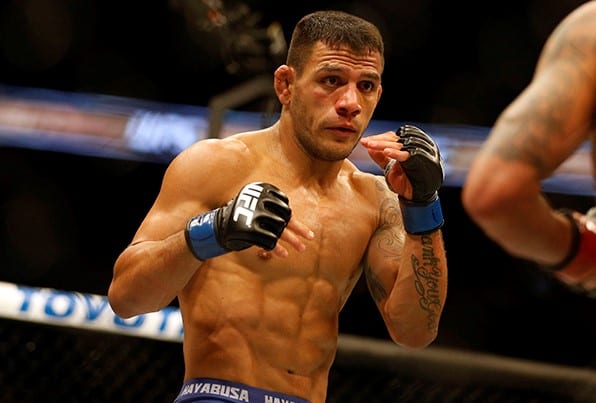 Kevin Lee wanted to send a message to the UFC.

“The Motown Phenom” came up with the idea for himself and UFC Rochester opponent Rafael dos Anjos to weigh in at 165 pounds. The pair will headline this weekend’s (Sat. May 18, 2019) card in a welterweight bout. However, with fighters calling for a 165-pound division, Lee wanted himself and “RDA” to agree to weigh in at 165 in an effort to send a message to the promotion.

Unfortunately, his Brazilian counterpart isn’t about to make a “deal with the enemy” before they go to war inside the Octagon (via MMA Fighting):

“I think it would be great to have this division, but I trained for 170 pounds and that’s what I’m going to do. Am I going to make deals with the enemy? No way. It’s war now. You make deals later, become friends later.

This weekend will be Lee’s debut at welterweight. He had a rather successful run at lightweight, competing for an interim title at one point, but decided to make the jump after his December loss to Al Iaquinta. Now, he’ll take on dos Anjos, who is on a two-fight losing streak after falling to the likes of Kamaru Usman and Colby Covington.