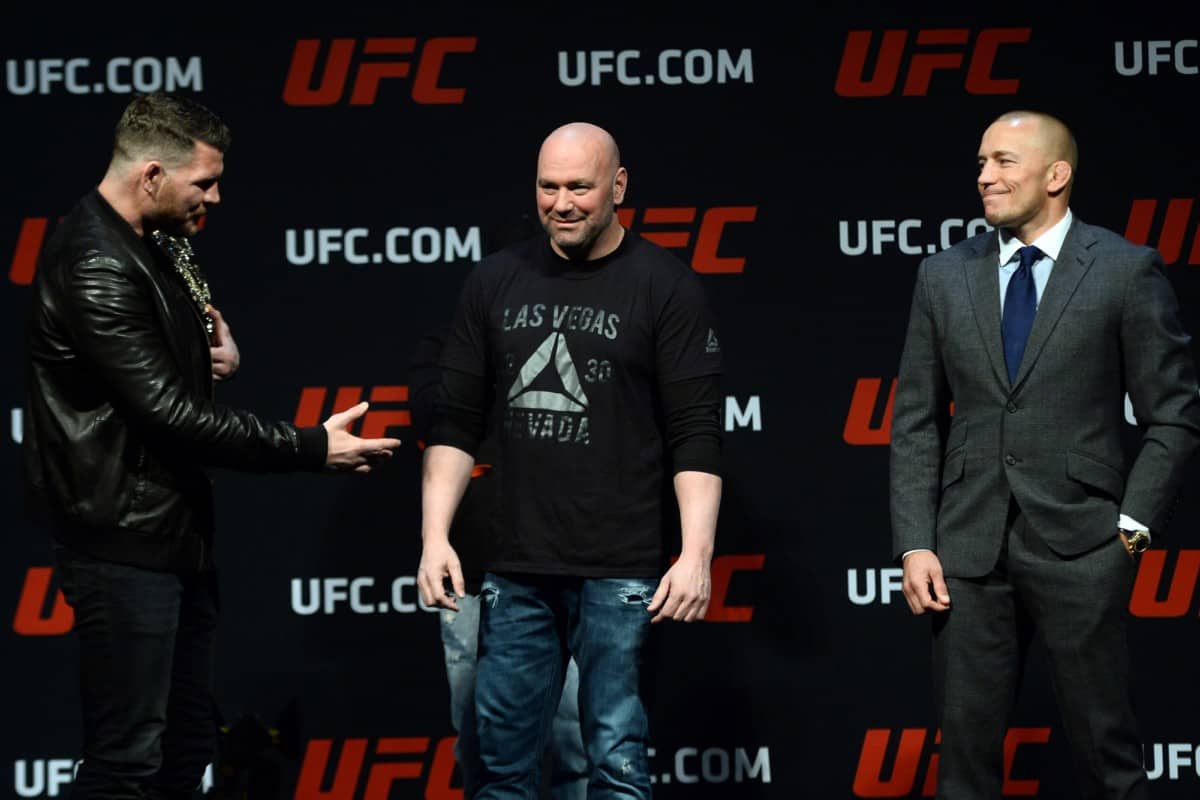 With longtime former UFC welterweight champion Georges St-Pierre’s MMA return only two days away when he faces middleweight champion Michael Bisping in the main event of Saturday’s (Nov. 4, 2017) UFC 217 from Madison Square Garden in New York City, New York, several questions remain as to just how the legend will perform.

He’s been out of action for going on four years now and was noticeably beginning to take more and more damage in his defenses, culminating in his controversial split decision win over Johny Hendricks in his last bout at November 2013’s UFC 167. The respected wrestler is also moving up to a weight class he’s never fought in before where Bisping will have the size advantage.

Despite those factors weighing against him, however, it’s largely thought that St-Pierre will hold a noted grappling edge over the more striking-focused ‘Count,’ who will make his second title defense of the 185-pound belt. Brazilian jiu-jitsu standout Garry Tonon, one of St-Pierre’s more noted training partners for this bout, believes he can, and he also thinks ‘GSP’ can go as far as submitting Bisping.

With the most wins in UFC history, Bisping has only been submitted once in his own career, a 2014 guillotine to Luke Rockhold that he avenged by shockingly knocking out the former champion at June 2016’s UFC 199.

There’s little doubt that St-Pierre’s advantage over ‘The Count,’ if he has one, is on the mat, but Bisping has exhibited stellar takedown defense during a late-career resurgence peaking with his improbable title run.

Will St-Pierre overcome the size disadvantage and ring rust to become the second man to make Bisping tap?