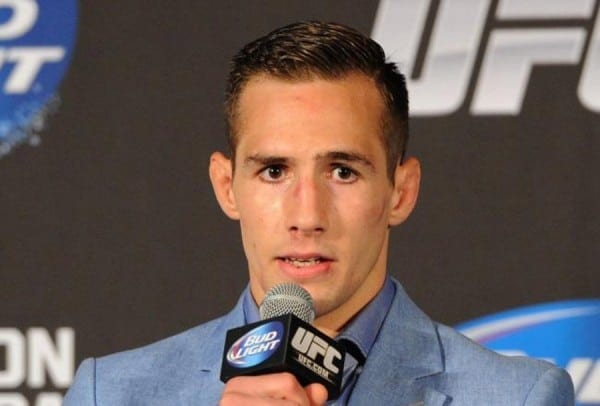 Confirmed: Hendricks vs Lawler 3 for the title……

We don’t know the time or the place, but UFC president Dana White has confirmed that the trilogy fight between Robbie Lawler and Johny Hendricks is next. The two shared a couple of great bouts in 2014, the first quite a bit better than the second. Hendricks first became the champion at UFC 171, only to lose the belt in his first defense at UFC 181 to “Ruthless”.

White had already told the next in line, Rory MacDonald, that he would be waiting for a title shot. Indeed, the UFC prez was already talking about Lawler vs Hendricks 3 at the UFC 181 post fight presser. But he confirmed to MMAfighting last night that the trilogy fight was now a sure thing:

“We just feel like the trilogy makes sense,” White said. “Do the third fight between these two. Robbie and Rory just fought,”

Now, correct me if I’m wrong, but it’s Lawler and Hendricks who just fought twice. Since the UFC 167 split decision win for “Ruthless” over “Ares”, the current champion beat Matt Brown and Jake Ellenberger en-route to his winning performance over “Bigg Rigg.” As far as immediate rematches go, it isn’t the worst we could hope for.

READ:  Tips For Gambling On MMA

Both guys are very tough to finish, and have exciting styles, well Lawler did in the rematch anyway. An apparent botched weight cut led Hendricks to a sloppy performance at UFC 181, and he really didn’t deserve to keep the belt.

There is yet to be an official date attached to Lawler vs Hendricks 3, but you’d imagine that will be the next matter of business on the agenda after UFC 182 is over this weekend. What do you think, should the UFC have kept their word, or does Lawler vs Hendricks 3 have to happen?

READ:  Sean Strickland Wants To Meet Belal Muhammad In The Desert & Do 'Some Weird Sh*t' To Him