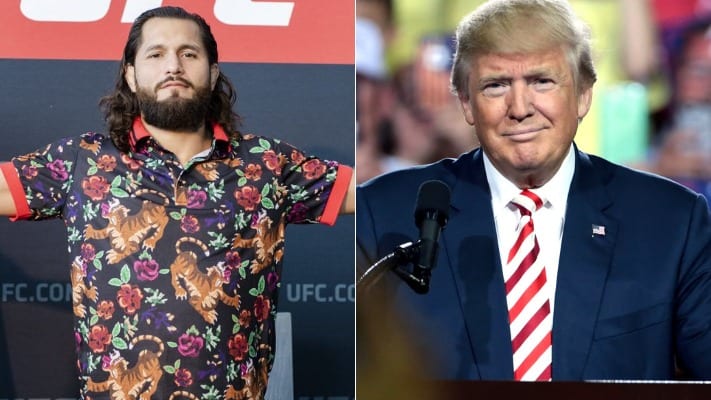 Although it ended in controversial fashion, Jorge Masvidal got arguably the biggest win of his career on Saturday night — and he received props from President Donald Trump.

Masvidal took on Diaz for the BMF title in the UFC 244 headliner in Madison Square Garden, New York. The event was billed as the biggest card of the year and it certainly felt that way, especially when news broke that Trump would be in attendance.

The commander-in-chief would eventually show up as he witnessed Masvidal put a clinic on Diaz for the 15 minutes that they fought. “Gamebred” would drop a bloodied Diaz multiple times and looked to be on top in every department. Unfortunately, the doctor called an end to the contest just before the fourth round due to a cut near Diaz’s eye.

While the controversial finish may have taken away Masvidal’s performance from the public eye, Trump was certainly impressed as he congratulated “Gamebred” on Sunday morning:

Regardless of anyone’s views on Trump, getting an endorsement from the President will only further boost Masvidal’s stock which has been exponentially rising in 2019.

What do you think of Trump congratulating Masvidal? Do you think “Gamebred” is a bona fide star now?