LowKickMMA.com
Home Polls Poll: Which Bout Will Win UFC on FOX 15’s ‘Fight Of The... 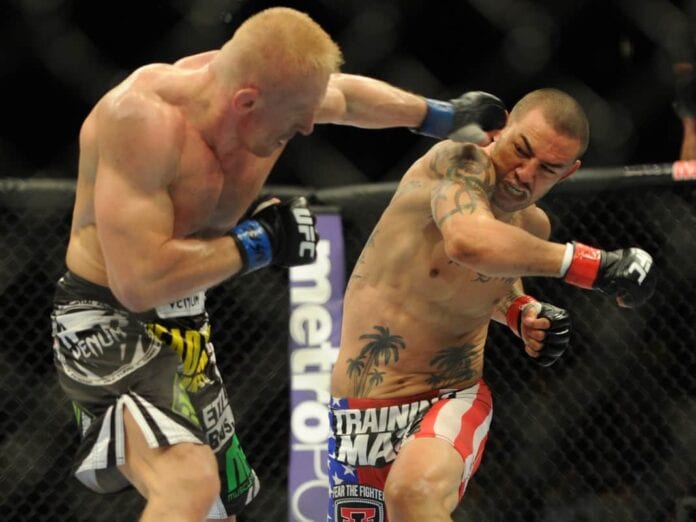 Aside from the pivotal, high stakes middleweight headliner between Lyoto Machida and Luke Rockhold for the next perceived title shot, there a few specific bouts that could definitely steal the show and end up winning “Fight of the Night.”

The most glaring example might be the main card featherweight slugfest between Cub Swanson and Max Holloway, who both love to stand and bang. There’ll also be a bad blood-fueled affair featuring women’s strawweights Felice Herrig and Paige VanZant to kick off the main card.

But the prelims can’t be ignored either, as up-and-coming lightweight Beneil Dariush will meet longtime veteran Jim Miller in a great test of his true readiness to be a contender. Rising light heavyweight prospect Patrick Cummins will look to win his fourth straight bout against Ovince St. Preux, and talented East Coast bantamweight Aljamain Sterling will face by far his toughest test in seasoned competitor Takeya Mizugaki.

The Fight Pass prelims also feature some bouts that could fly under the radar for a bonus in Tim Means vs. George Sullivan, Diego Brandao vs. Jimy Hettes, and Eddie Gordon vs. Chris Dempsey. Overall, it’s a jam-packed card with a diverse mix of solid fights that should deliver in Newark.