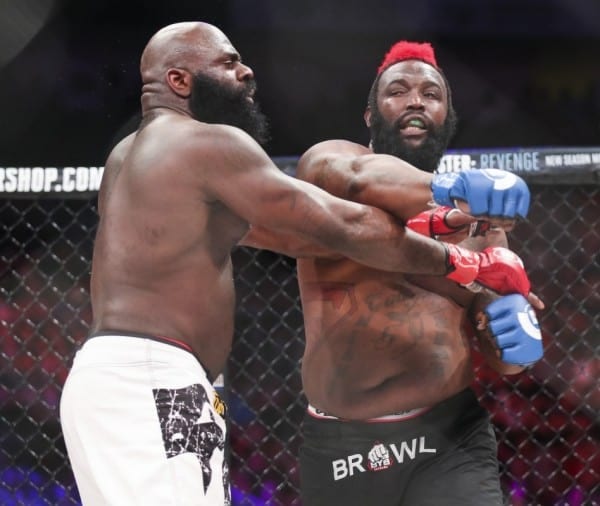 As you may know, MMA fans were ‘treated’ to the sideshow spectacle of Kimbo Slice’s ‘win’ over fellow backyard brawler DADA 5000 in the co-main event of last night’s Bellator 149 from Houston, Texas.

It was billed as a faceoff for the ‘street crown,’ but what it turned out to be was just straight-up embarrassing. Obviously predicted to be a brawl featuring little to no technical expertise; it was, in reality, something much worse, perhaps something akin to drunken slugfest featuring two frat boys at the local tavern after both fighters completely gassed long before the first round was over.

Here’s the video of the hilarious finish:

Slice may have scored his second straight stoppage win in Bellator when it was all said and done, but it came at the expense of a fight that was undoubtedly one of the worst pro MMA fights to ever take place and a disservice to the spirit of the many martial arts that inspired the spirit of MMA.

In short, it was just plain terrible. It should go down as one of the more glaring examples of laughable MMA bouts of all-time. Do you think it was the worst?