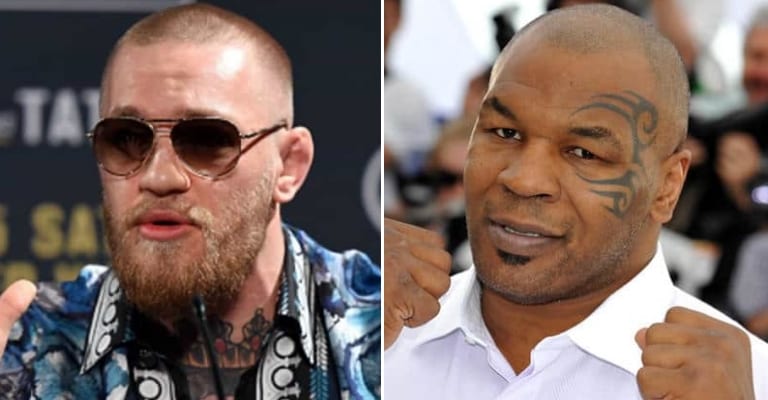 Mike Tyson hasn’t always had the best of things to say about Conor McGregor. However, it appears they’ve mended that bridge.

Much of the MMA world was fixated on last night’s UFC 230 from New York. But ‘The Notorious’ was busy living it up with ‘Iron Mike’ in Ireland this weekend. The MMA superstar posted a lengthy statement on his Instagram that he and Tyson met up at Helix in Dublin.

There, he and Tyson buried the hatchet and even supposedly ‘tasted’ some of Tyson’s own marijuana strain dubbed ‘KO Kush.’ McGregor also offered some respect and advice for the controversial boxing legend:

I went to see Mike Tyson last night in the Helix, Dublin, Ireland. I love and respect Mike Tyson. And I love the Helix. I won my first World Title here, and also my second. It was good to meet you Mike. You spoke some things about me in the past which I did not like and I was happy to speak to you face to face, put it to bed and have some fun. You are in good spirits and I was happy to see this! I will always have the height of respect for you! Some decisions you have made around your finances I do not agree with. As a fighter you must fight here. The most. And this is a fight that never ends. It is even a fight that we pass on to our next in line. Our blood line. Make sure you stay switched on with those around you at all times. You have good people around you now, I can tell. But stay switched on. Your Marijuana strain that you grow on your own ranch “KO Kush” is really nice. It was an honour to taste it and I wish you and your team all the best with this endeavor. Just remember, if someone tries to rip you. Rip their nose off their face. You are a fighting icon and deserve endless love and respect! And from me, you will always have it! Don’t let anyone take anything from you. You owe nobody nothing. It is you who is owed. Always remember that. I love you Mike! Iron Mike Tyson! Here is an iconic photograph as a gift from me to you, from head photographer at @mcgregorproductions , @ginger_beard_photos

McGregor is currently awaiting the punishment for his part in the post-fight brawl at October 6’s UFC 229. He was submitted by current champ Khabib Nurmagomedov in his awaited return to the Octagon.

He and Khabib are scheduled to appear before the Nevada State Athletic Commission (NSAC) on December 10. Both are temporarily suspended until then.

But while the NSAC is keeping tabs on McGregor for the time being, his latest post on social media may pique attention from USADA as well.

At least McGregor is on good terms with ‘Iron Mike.’