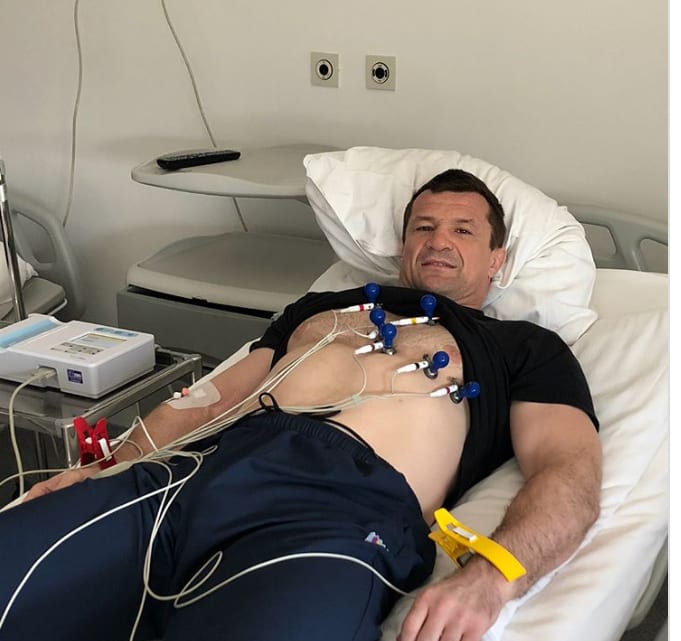 MMA legend Mirko “Cro Cop” Filipovic was forced out of his Bellator 200 rematch against Roy “Big Country” Nelson with an undisclosed injury just days before the fight.

”Cro Cop” posted a photo on Instagram of him after surgery for the knee injury while laying in a hospital bed, and it certainly looks like a legitimate reason to not fight this weekend:

The PRIDE FC and UFC heavyweight was set to make his Bellator debut against “Big Country,” who had defeated him by TKO back in 2011. The kickboxer generally has good luck in rematches, having brutally avenged his shocking knockout loss to Gabriel Gonzaga by returning the favor.

The rematch with Nelson could have easily been an alternate bout for the Bellator Heavyweight Grand Prix, but alas it was not meant to be.

Instead, Gegard Mousasi’s fight against middleweight champion Rafael Carvalho will headline the card.