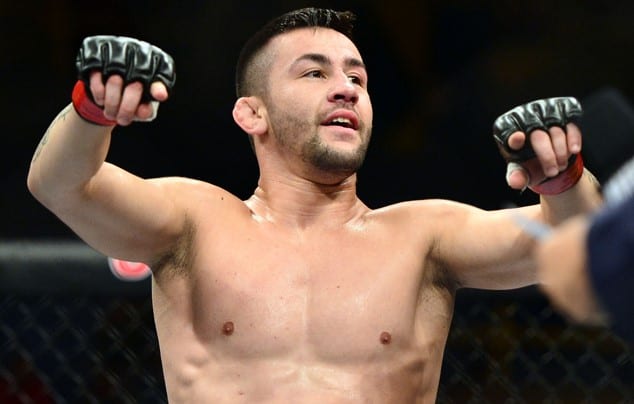 Pedro Munhoz has been hit in the pocket for his UFC 235 celebration following his Cody Garbrandt knockout win.

Today (Wed. April 24, 2019) the Nevada State Athletic Commission (NSAC) announced that Munhoz has received a $2,500 fine for exiting the cage immediately following his UFC 235 knockout victory over “No Love” inside Las Vegas’ T-Mobile Arena, via MMA Fighting. Before he can compete again, Munhoz will have to pay $327.06 in prosecution fees and is on a temporary suspension until doing so.

Currently, Munhoz is scheduled to face Aljamin Sterling at UFC 238 on June 8 from Chicago. According to a representative on behalf of Bob Bennett from the attorney general’s office, Munhoz was expressly told by some commission officials not to jump the cage after beating Garbrandt. The commission doubled down today that any fighter exiting the cage immediately after a win is putting cageside spectators in danger.

Following the madness that was Conor McGregor vs. Khabib Nurmagomedov at UFC 229, the commission wondered if ,500 was enough. However, after concluding that Munhoz’s actions were not malicious, it was determined his fine was enough to “serve notice.”