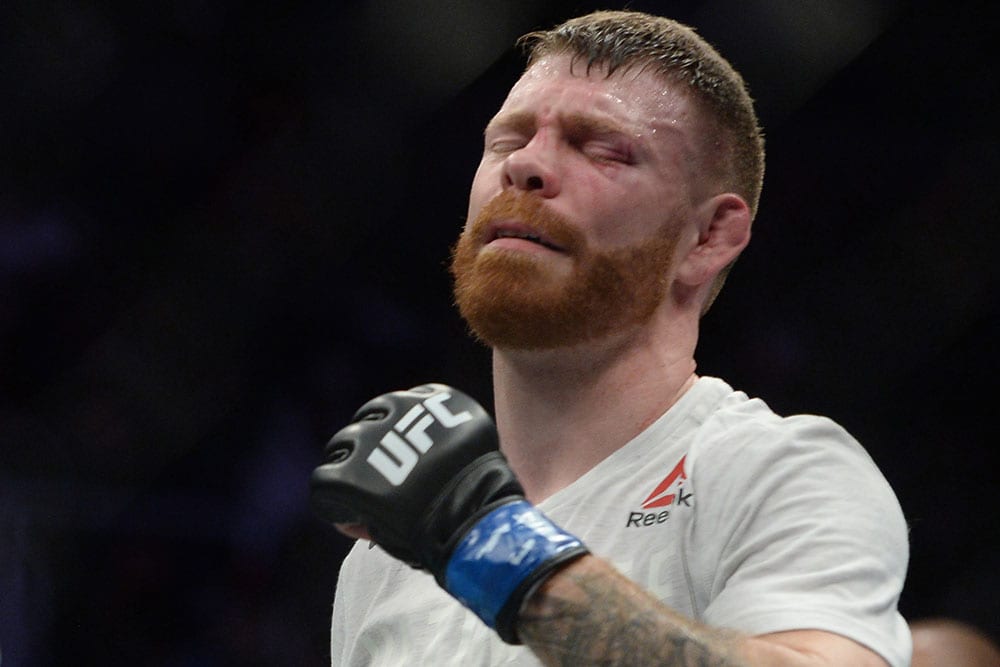 Paul Felder is not retired. However, he is benching himself at the moment.

Felder’s fighting future has been uncertain ever since he hinted at retirement following his split decision loss to Dan Hooker back in February.

Although he would have a change of heart later on, last month, “The Irish Dragon” reflected on some of the injuries he had sustained in his mixed martial arts career as he detailed why he loved his gig as a commentator.

But as has been the case, it looks like Felder has changed his mind once again as he appears to be leaning towards fighting.

“I’m benching myself for a second,” Felder told MMA Junkie. “I think that’s the way I would really consider it. I just needed a little break, man. That fight in New Zealand was a tough one. I pour my soul into these fight camps, man. I really don’t hold back. It’s not like I casually take a fight because I’m like, ‘Oh, yeah, I think I can beat that guy. How many weeks do we have?’ I really try to make sure I check all the boxes. I did that for that one.

“It was so close, and your heart gets broken with a decision. It’s not like I’m crying about it. I just needed time. That was a lot. I was gone for a long time. … I just wanted to be home for a little bit.”

Felder Wants Fight That Motivates Him

However, Felder needs a fight that truly motivates him if he is to return to the Octagon.

After UFC Vegas 4 this past weekend, a fight with either Hooker or Poirier certainly counts. As does a fight with former interim champion Tony Ferguson.

“Look at those guys on Saturday night: Hooker and Poirier. Those guys are going to be hurting for a while,” Felder said. “This is a savage sport. If your head is not quite in it, I’m not going to rush back to get into the cage unless it’s something super exciting.

“… That is what would bring me back – a rematch with Dan. Now, it’d just be, ‘Let’s just run it back.’ Listen, I’ve never really sat and whined and complained about the decision. But it was close enough where you could warrant a rematch between us. … So, yeah, (Hooker), Tony Ferguson, Dustin (Poirier). The chances of Conor are probably zero, so I won’t even mention that. That’s just not going to happen. So, yeah, those are the fights that I want.”

Whether he can get them remains to be seen.

Do you think Felder can get any of those fights?