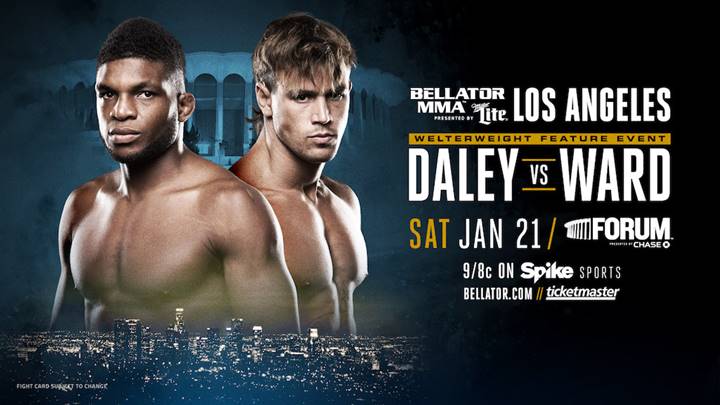 The card for Bellator 170 is shaping up as the promotion recently announced that a welterweight showdown pitting Paul Daley (38-14-2) against Brennan Ward (14-4) has been added to the main card of the event.

Pauley has recorded victories in nine of his last 11 bouts, and took current welterweight champion Douglas Lima to the limit in his bout but lost it by decision at Bellator 158.

Ward enters the contest following a brutal knockout blow that he delivered just 1:26 into his bout with Saad Awad at Bellator 163. The win was Ward’s ninth under the direction of Bellator MMA and fifth of his last six fights, dating back to 2015.

The event takes place on January 21st at The Forum in Inglewood, California and will be broadcast live and free on SPIKE at 9 p.m. ET/8 p.m. CT, while preliminary action will stream on Bellator.com and the Bellator Mobile App. Tickets for this event start at $36 and are on sale now at Bellator.com, as well as Ticketmaster.com. Additional bouts will be announced in the coming weeks. Here is the updated card for the event: