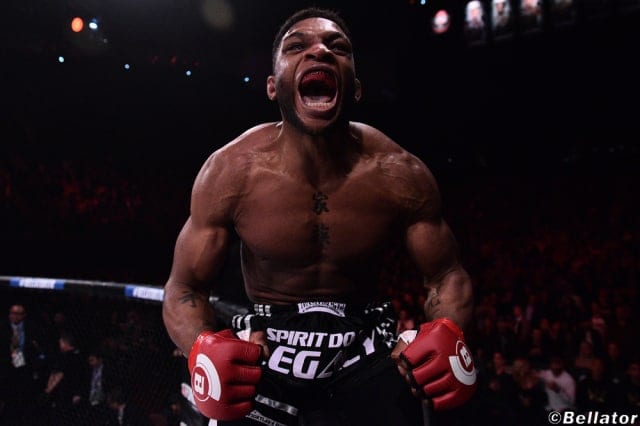 Bellator 183 is set to take place tomorrow night (Sept. 23, 2017) live from San Jose, California, and the promotion has stacked the deck for the event.

One intriguing fight that stands out in particular is a welterweight clash between veteran knockout artist Paul “Semtex” Daley and former UFC contender Lorenz Larkin. Not only are the two high level 170-pound fighters, but there’s also a bit of bad blood between the two.

At yesterday’s (Sept. 22, 2017) weigh-in, the two actually got into a bit of a physical altercation. Speaking on the matter, Daley simply said that he hopes Larkin brings the ‘intensity’ to the cage:

“The fact it’s getting so heated up is just comical,” he told MMAjunkie. “But I hope he brings that same intensity into the ring.”

Daley is quite outspoken outside of the cage and he’s certainly a stand-up fighter inside of the cage, but he said that rarely do his rivals bring the ‘heat’ into the fight:

“I think there are two people in my career … who felt the heat and stayed on their feet and not attempted to clinch or go for a takedown, and that’s Douglas Lima and Nick Diaz,” he said. “That’s the only two guys in over 53 fights.”

“Those are the only two guys I’ve hit and stayed up, and they haven’t tried to take me down or play a different game, and they kept coming after it,” Daley said. “I just hope Lorenz does too.”

Bellator 183 is set to be headlined by a lightweight fight between former UFC champion Benson Henderson and Patricky Freire. Heavyweight slugger Roy Nelson is also set to make his promotional debut on the card, as he’ll take on Javy Ayala.