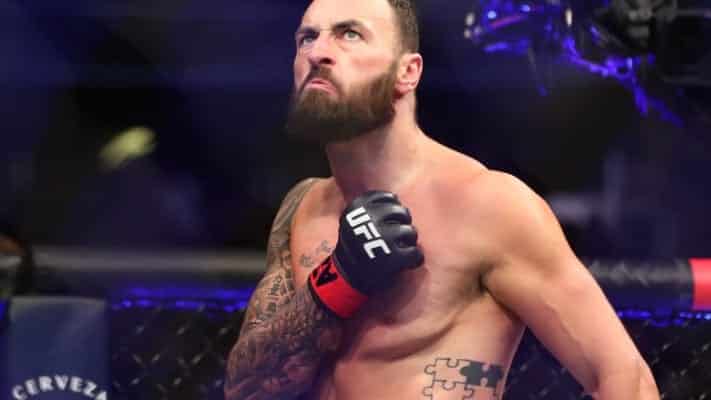 As great as Paul Craig’s night was inside the octagon, it got a little bit better afterwards.

Craig squared off against Jamahal Hill on the main card of UFC 263. Their pairing was seen by many as a classic ‘striker vs grappler’ matchup, and it very much lived up to the billing.

The fight saw Craig pull guard early on in the contest and begin to isolate Hill’s arm. He quickly chained together a number of submission attempts, the last of which bent Hill’s arm at a horrific angle, causing it to dislocate at the elbow. Despite the obvious injury, the referee overseeing the bout, Al Guinee, somehow didn’t notice it and allowed the bout to continue. Craig continuously tried to get Guinee to stop the fight, but when his pleas fell on deaf ears, he transitioned to a triangle and let loose a number of elbows and hammerfists to mercifully draw the stoppage.

Although the victory was officially entered into the books as a TKO, Craig was honored by his coaches after the fight for his ground game. Chris Bungard, Craig’s training partner at Scottish Hit Squad, posted a video on Twitter showing coach Brian Gallagher awarding Craig his Brazilian jiu-jitsu black belt.

“My brother (Craig) receiving his Brazilian jiu-jitsu black belt after his massive win at UFC 263 from my coach (Gallagher),” Bungard wrote. “Toasting him and giving respect to a proper warrior (Hill).”

The win pushed Craig to 4-0-1 in his last 5 outings after starting his UFC career 3-4. It also earned him his sixth ‘Performance of the Night’ bonus, and kept his 100% finishing rate intact. His draw against ‘Shogun’ Rua in their initial meeting remains the only time Craig has made it to the scorecards.

After entering the event #14 in the rankings, Craig can expect to face a top-10 opponent his next time out. Whoever he faces, they’d probably be best advised to avoid going to the ground with the newly promoted black belt.

Who do you want to see Paul Craig face next? Let us know!