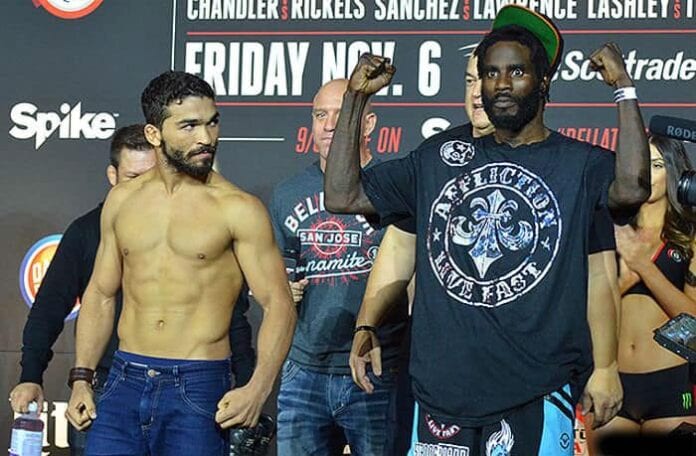 Another MMA fighter has been punished for celebrating after a big win.

New Bellator featherweight champion Patricio Freire, who won the promotion’s 145-pound title for a second time by submitting Daniel Straus in the main event of last night’s (Fri., April 22, 207) Bellator 178 from The Mohegan Sun in Uncasville, Connecticut, has been fined $2,500 for jumping onto the cage after the win according to a tweet from his manager Matheus Aquino to MMA Junkie’s Mike Bohn:

@MikeBohnMMA @PatricioPitbull .One other fact, the comission fined him 2500 dollars for getting on top of the cage. Way to ruin the mood

It’s tough not to understand Freire’s excitement at winning the title he dropped to Straus in 2015, and indeed we’ve seen countless fighters jump on the cage to celebrate a big win. But it’s also clear that state athletic commissions are taking a much harsher stance on just that, and celebrations like his are warned against before each MMA bout.

Something tells me Freire will begrudgingly pay the fine to have his gold belt wrapped around his waist once again.