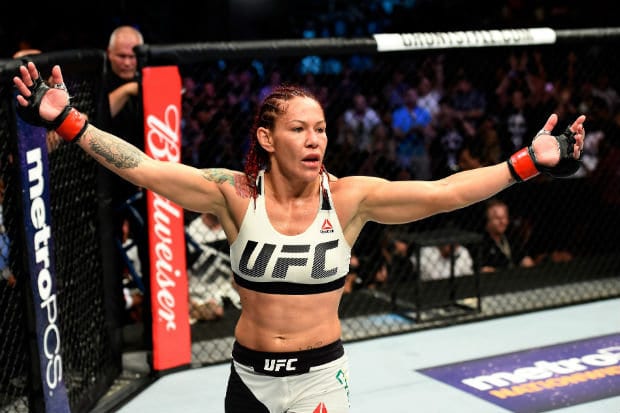 Pump the brakes on talk of Cris Cyborg leaving the UFC.

The former UFC women’s 145-pound champion’s UFC deal is set to expire in March. In her last Octagon appearance, Cyborg was defeated for the first time in over a decade. After the fight, many questioned whether or not Cyborg would return to the UFC, especially with her contract expiring.

But Cyborg’s coach, Jason Parillo, shut those rumors down in a recent interview with MMAjunkie:

READ:  Tips For Gambling On MMA

“We’re not going to leave the UFC,” Parillo said. “We’re going to stay there, plug away and get back the title that Cris had. She has the time and ability to do it.

“If we could get a fight between now and March, that would be wonderful, but I don’t know if that’s going to happen. The negotiations are obviously the manager’s job, and I just want the best for Cris.”

Cyborg was finished in just under a minute by 135-pound champion Amanda Nunes. She lost her featherweight title in the process. With the victory, Nunes became the first-ever female dual-weight champion in UFC history. After the fight, Cyborg called for a rematch with Nunes. That doesn’t seem very likely, as Nunes said she’d like to make her fellow countrywoman wait two years for a rematch.

UFC President Dana White doesn’t believe a rematch makes much sense. If she does, in fact, decide to leave the UFC, there are plenty of options for Cyborg. She could always pursue a career in boxing, which she has said interests her. Also, other promotions like Bellator or ONE Championship would be happy to add her to their roster.

It will be interesting to see how Cyborg’s situation plays out in the coming months.

READ:  Francis Ngannou Accuses The UFC Of Trying To ‘Sabotage’ Him

Dana White: Fight Island Will Be ‘Hopping Again’ After US Vaccine Mandate