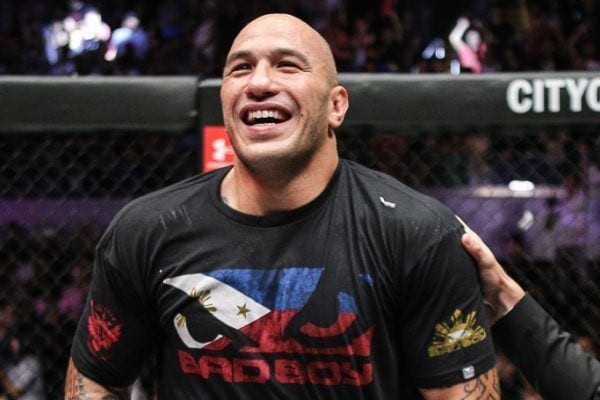 The two first fought back in 2010. Previously, Vera was the man many folks had as the “future” of the UFC. While the future of the promotion was on display in that fight, it was not Vera.

Jones smashed Vera, breaking his face in many places. Obviously, the two men have had different trajectories since that night. Both have been rewarding and full of ups and downs, although in different ways.

Both fighters have carved out very good MMA careers. Jones, as previously stated, holds the 205-pound pound strap while “The Truth” is ONE Championship’s reigning heavyweight champion.

If Vera ever got the chance to run it back with Jones, he’d jump at the chance:

“Man, you know, I would absolutely love to be able to have a match against Mr. Jones again,” Vera told BJPenn.com (via bloodyelbow).

As far as the prospects of the fight ever happening, well, according to Vera, it won’t happen in ONE Championship.

“With all of this of his problems and troubles, I don’t think he’ll ever be at ONE Championship,” Vera said of Jones. “He’s not our type of material. He’s not martial artist material.”

“But he would probably be the one, if I could get a do-over or a genie wish, that would be it.”

Vera has really found a home in ONE. He has managed to stay fairly healthy, competing in four fights in the last five years. He will look to become a double champ later this year as he will challenge ONE’s light heavyweight champion Aung La N Sang this October in Tokyo.