UFC 189 provided a stacked evening of action in Las Vegas, Nevada, with a headlining interim featherweight title fight between Conor McGregor and Chad Mendes. It was arguably the co-main event that stole the show however, with welterweight champion Robbie Lawler facing Rory MacDonald in his first title defense. The bout was a sure candidate for ‘Fight Of The Year’ and came with all the highs and lows of an all-time classic title fight. The toll of the vicious scrap was obvious on both men by the end of the five-round burner, as they suffered terribly graphic injuries to the face, ending up in hospital when it was all said and done.

In a bloody display of pure and beautiful, yet ugly violence, MacDonald suffered a broken nose and foot, and didn’t know what year it was after the fight had finished. We’ve compiled some of the best GIFs and pictures of the harrowing aftermath of Robbie Lawler vs. Rory MacDonald at UFC 189, just make sure your boss doesn’t catch you taking a peek. Enjoy (if you are that kind of person) the evidence of a straight-up murder in Sin City: 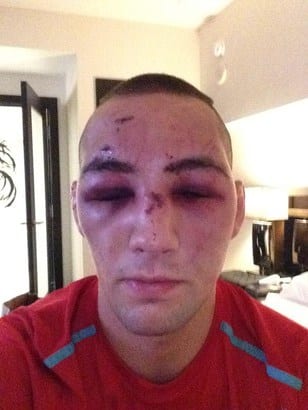 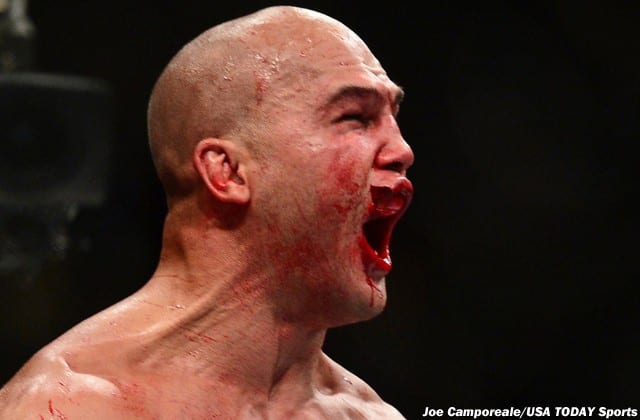