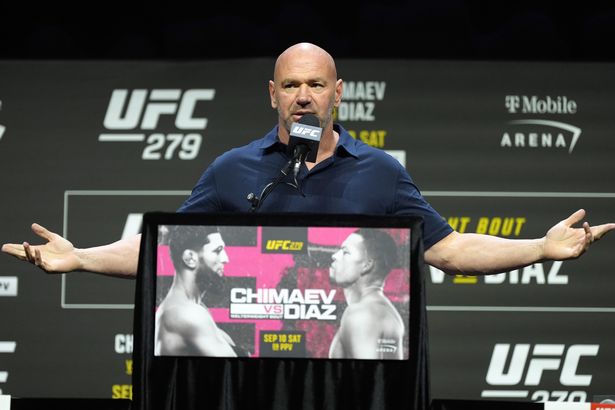 The scene prior to the UFC 279 press conference that caused it to be canceled is set to be investigated by the Nevada State Athletic Commission.

The UFC 279 fight week was a chaotic one, to say the least. It all began to unravel in the build-up to the press conference, as a backstage clash of fighters caused Dana White to do something that the UFC had never had to do before, cancel the presser.

The incident allegedly began when Kevin Holland and Khamzat Chimaev had an altercation, with Chimaev being filmed throwing a front kick at Holland.

READ MORE:  Paddy Pimblett lashes out at Ariel Helwani, calling him a “rodent” and a “biased content creator”

White would walk onto the stage and have to abruptly cancel the event which was met with a sea of boos, “for everybody’s safety, this is the right decision,” said White.

It has now come out that the Nevada State Athletic Commission will now be opening an investigation surrounding the event and says that they pursuing disciplinary action against those involved.

“Early reports indicate that an altercation took place prior to and during the press conference, and possibly involved licensed fighters and their associates.

“The Chairman has been in communications with UFC executives regarding the events of September 8. At this time, the UFC is working with the Nevada Athletic Commission on a full investigation into this incident.“

“If the Nevada Athletic Commission determines that licensees acted improperly, we will initiate appropriate disciplinary action against all involved. Although ‘trash talking’ between competitive athletes is common, any escalation into physical altercations may discredit the sport of unarmed combat and is wholly unacceptable.”

“Further, such behavior may expose participants to both civil and criminal liability. The Nevada Athletic Commission will act strongly and decisively to safeguard and elevate unarmed combat in Nevada.”

“The Nevada Athletic Commission will strictly discipline all licensees for all incidents of physical violence between athletes outside the ring or cage, up to and including purse forfeiture, revocation or suspension of any current license, denial of applications for new applicants, or denying future license renewals.”

What do you think should happen to those involved in the UFC 279 press conference incident?