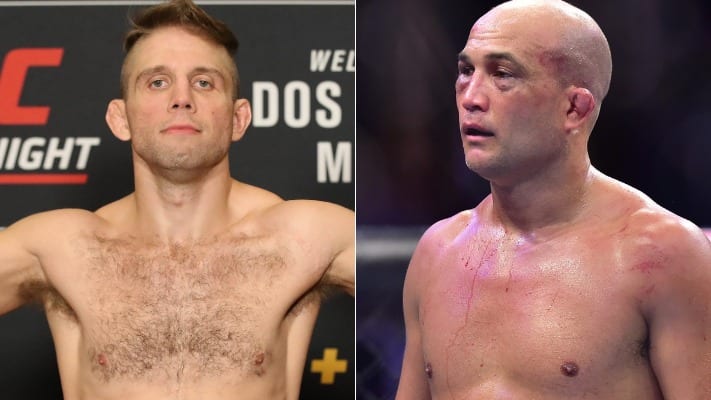 Nik Lentz revealed that both him and his wife have been subject to online harassment from BJ Penn.

It was recently revealed that Lentz and Penn would be competing against each other sometime later this year. Both fighters have beef with each other, but many expected the latter to have retired by now, especially considering his current losing streak.

However, Lentz revealed how the fight came about from his perspective, detailing how Penn usually talks trash to him on Instagram every now and then:

“Well, you know BJ comes on my Instagram every couple of months or something talking crap,” Lentz said on Ariel Helwani’s MMA Show on Monday. “So I noticed the other day he came on there, talking about how he would see me soon or something. I thought it was a joke or something… I just assumed I was pretty much done with him. And then the UFC reached out to me and asked if I wanted to fight him.“

When asked further about Penn talking trash to him, Lentz went into detail:

“Non-stop,” he explained. “Every couple of months, he would send me direct messages, threatening me, threatening my family. The guy’s a wack job. He’s been allowed to just be this bad person his entire life because he’s good at something… He comes on my Instagram all the time. When I don’t respond to him, he goes to my wife’s Instagram to say ‘hey, tell your husband to respond to me on my Instagram.'”

Lentz added that him and Penn were supposed to fight in the past only for the latter to never sign a contract. However, things have changed this time, especially as it seems to be his last fight in the UFC:

“I don’t know why all of a sudden he’s decided, maybe he came down off some coke binge and he decided now’s the time we’re gonna actually accept it,” he added. “No fight is scheduled yet, I’ve accepted the fight. I guess he’s verbally accepted it as well. I’m just waiting on the date from the UFC.”

What do you make of Lentz’s comments? 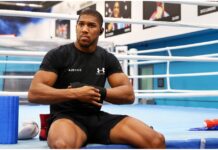