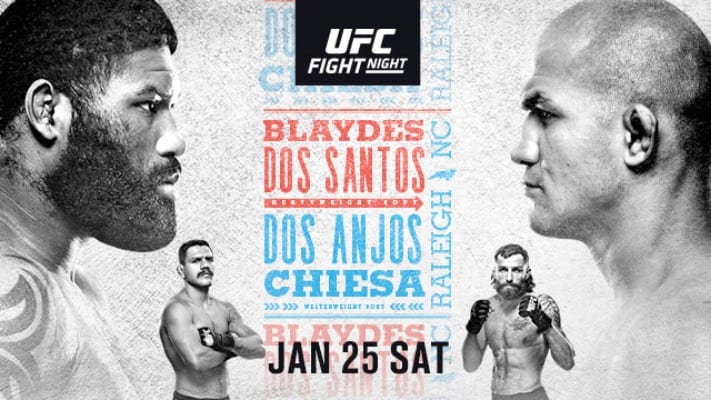 LowKickMMA will be bringing you UFC Raleigh results throughout tonight (Sat. January 25, 2020) from the PNC Arena in Raleigh, North Carolina.

In the main event of the night, Curtis Blaydes will take on former UFC heavyweight champion Junior dos Santos in a bout that could very well have huge title implications moving forward. Also, in the co-main event, former UFC lightweight champion Rafael dos Anjos takes on Michael Chiesa at welterweight. The UFC has compiled a great card for the Raleigh crowd.

Check out our UFC Raleigh results below. Also, make sure to follow along with us on Twitter @LowKick_MMA: