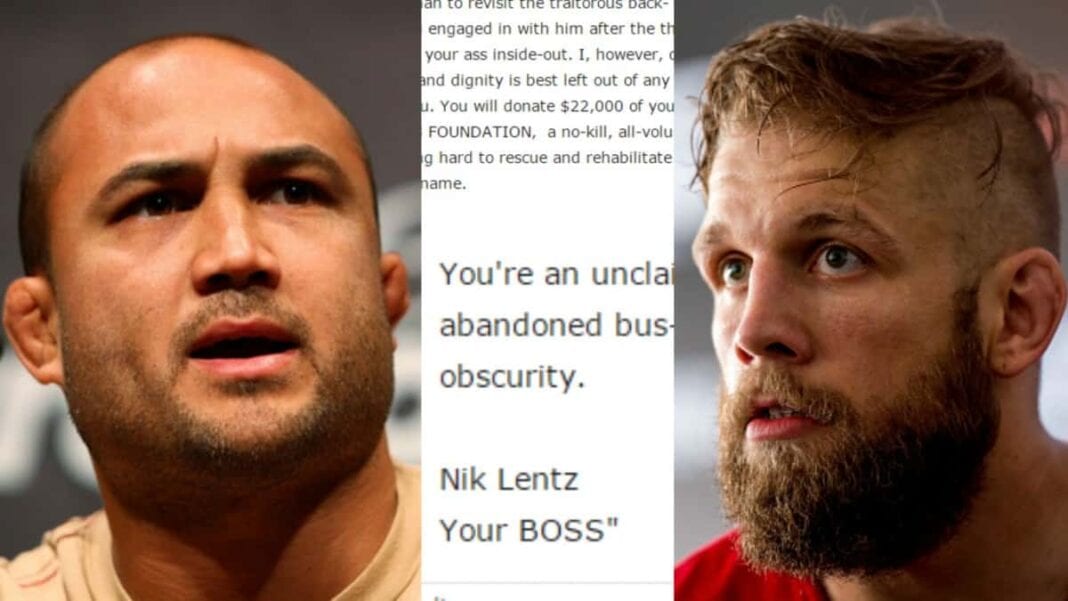 If you thought BJ Penn was staying retired, think again. You have to check out Nik Lentz’s reaction to Penn’s statement though, it’s priceless…

Former UFC welterweight and lightweight champ BJ Penn recently announced he was training at the famed Jackson’s MMA with fellow ex-champion Jon Jones. He issued a stern challenge to his rival Nik Lentz, stating he wanted to fight ‘The Carny’ at UFC 197. It all stemmed from an offensive poem that Lentz wrote about Penn and his family, that got the Hawaiian BJJ ace all riled up, and now looking like he is fully ready to make his comeback to MMA.

So the news of Penn’s potential comeback hasn’t even began to settle in, and already Lentz has fired back with a wicked comeback, half statement, and half poem. Who’d have known that Nik Lentz was such a poet? This runs a lot deeper than just a little beef before a potential fight though, the situation with famed nutritionist Mike Dolce is embroiled in this whole saga too. 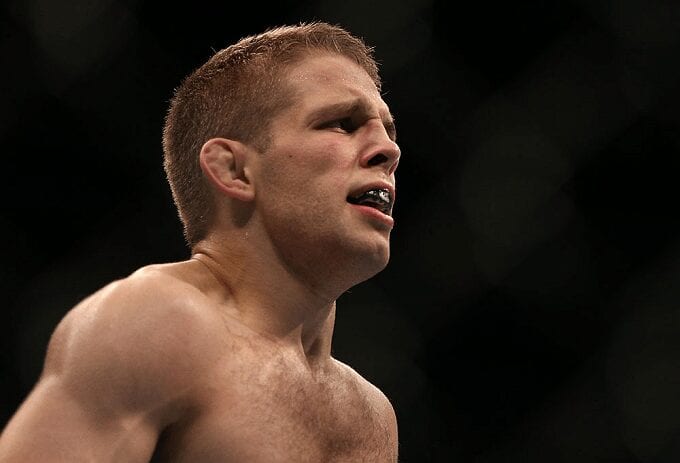 ”The Prodigy’ had hired Mike Dolce to handle his gruesome final weight cut for his trilogy making fight against Frankie Edgar back in 2014. Of course we now know that Penn had no business fighting at featherweight, where Frankie is more of a beast than he was at lightweight in all fairness. As it was, BJ got smashed, but he came out and blasted Dolce in the media after the fight, claiming he hadn’t done his job at all, and refusing to pay the dietary advisor the $22,000 that was owed to him. 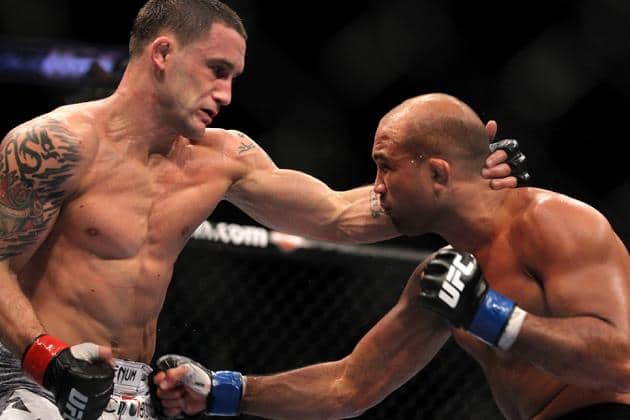 So there’s the background of this beef, with the most recent shots coming from BJ Penn during his video with Jon Jones.

Lentz’s hilarious reaction is so long that we dedicated a whole page to it, skip to page 2 to see it… 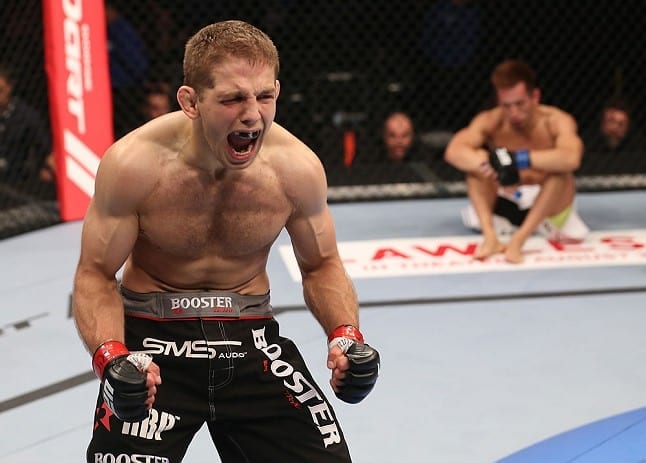 “BJ,
I received your poorly-worded, utterly predictable, message. In spite of its clumsy structure, awful spelling, incorrect usage (you state at one point that I wrote a poem about you making fun of yourself), and general air of arrogance, entitled stupidity, I’m considering your request.

There are, of course, some conditions.

– I’m never competing at 145 ever again. Neither should you. I came to this conclusion after doing careful research, and deciding what was right for my long-term health as well as my short-term performance. If you fight at 145, it won’t be long before you’re eating banana mush in a nuthouse. I am accountable to my family, and my future with them. Because you are an impulsive tyrant surrounded by yes-men, you have no ability to make rational, intelligent decisions.  So I am making this one for you. If we fight, it would be at 155.

– I’m not fighting in March. Neither are you. You may imagine you are, and the imbeciles you surround yourself with may nod in agreement like the trained dogs they are, but you aren’t fighting in March. You’ve lied to your fans, and let them down over and over, and nobody is clamoring to put the BJ PENN EXCUSE FACTORY back in business. Were I to agree to fight you in March and whup your ass, it would only give you and your lackeys the “BJ didn’t have enough time” bullshit excuse. Additionally, if we do fight, it will be on MY timetable, NOT yours. You are retired, and have no schedule. I am an active fighter, on the roster, with a schedule and training platform that is not beholden to your desires, grudges, or need for narcissistic supply.

– You still owe Mike Dolce $22,000. Knowing him, he is too gracious and dignified a man to revisit the traitorous back-stabbing skullduggery you engaged in with him after the third time Frankie Edgar kicked your ass inside-out. I, however, don’t have the luxury of grace, and dignity is best left out of any exchange that includes you. You will donate $22,000 of your purse to the HAWAII DOG FOUNDATION,  a no-kill, all-volunteer rescue organization working hard to rescue and rehabilitate dogs in Hawaii, in Mike Dolce’s name.

Give these conditions some thought. They are non-negotiable. They are rules you WILL abide by, or you can go whistle. I have a contract, and plenty of guys to fight. As a Narcissist, you have nothing but an image. And you NEED attention. You have all the money you could ever spend; but it doesn’t satisfy you. I have what you NEED. I’M in charge. You can do what narcissists usually do when confronted by a higher power; SLINK AWAY. Or you can confront your needs, realize I can fulfill them, and come to terms with me, looming over you, holding the….

READ MORE:  EXCLUSIVE | Tresean Gore Ready To Live Childhood Dream Ahead Of UFC Debut
I’m ALREADY in charge, you poor, deluded, fool. I did more to motivate you with TWO POEMS than all your yes-men, and titles, and highlights could.
Get as angry as you want. Go out behind your huge inherited estate and kick rocks. Go cry to your Mommy. Go shit in your hat and bark at the moon.
You want to fight?
Then it’s on MY terms.
FACE IT.Now run along, little man. Go find a way to swallow your overarching pride and do it MY way, or scuttle about like a deformed crab at low tide, like a masochist at last call, desperately looking for somebody else to thrash you.

You can go to Greg Jackson‘s, you can go to Jermaine Jackson’s, you can listen to Mahalia Jackson, you can resurrect Jackson fuckin’ POLLOCK to paint you a better picture of yourself than the one we all see; but…You’re an unclaimed, busted-down suitcase on a dusty shelf in an abandoned bus-terminal. Accept my conditions, or rot in obscurity.