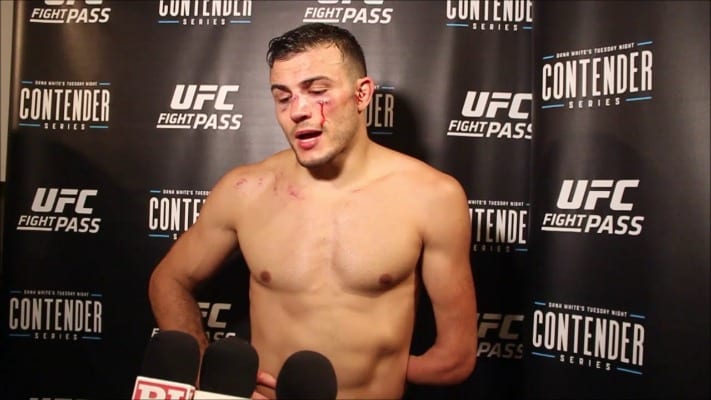 Newell will be competing against Corey Browning at Bellator 225 on August 25. The fight goes down from the Webster Bank Arena in Bridgeport, Connecticut. Bellator president Scott Coker expressed doubt about bringing in Newell in the past given he is a congenital amputee. However, his condition has never hindered “Notorious'” confidence (via MMA Junkie):

“My house is 10 minutes away from the arena,” Newell said. “I drive by that arena every day on my way to work and think, ‘Wow, it would be so awesome to fight there.’

“Finally this opportunity came and I had my team reach out to them and coming off the impressive win I just had. All things considered with my record and who I’ve beaten, they thought it was a good fit and they got me on the card.”

Newell is looking to put on a performance so impressive that Bellator inks him to a multi-fight deal. He knows he is an elite caliber fighter and believes his shot with Bellator gives him the best opportunities to showcase his skills:

“I know how good I am and I know I’m in the elite of the sport,” Newell said. “The guy I fought on Contender Series is undefeated and there’s so much unknown.

“”When I fought Justin Gaethje he was unknown, but I gave him a better fight than two guys who are ranked top 10 in the world, and now he’s top five. I know where I stand and I know I’m elite and Bellator is the best place for me to show my skills.”

What do you think about Newell inking a one-fight deal with Bellator?