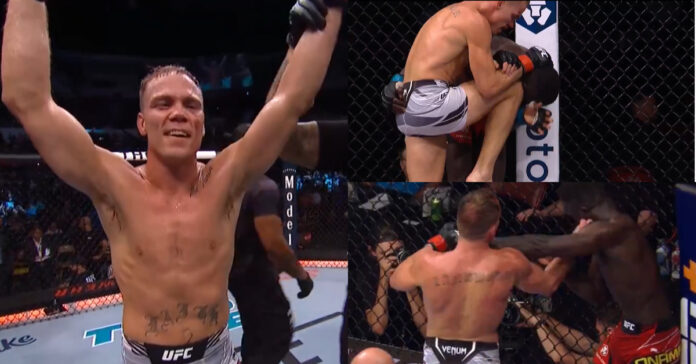 Going into the bout as one of the hottest stocks in the promotion, Onama was looking to extend his winning run with a victory over Landwehr, who was even with two wins and two losses in his last four outings. They clashed at the co-main event of UFC Fight Night: Vera vs. Cruz at Pechanga Arena in San Diego, California.

Onama started off strong with relentless pressure. His striking abilities were on full display as he knocked down Landwehr with a crushing right hand in the first round. Landwehr rallied back in the second to land some big shots of his own. Onama appeared to have slowed down due to fatigue in round two and Landwehr took full advantage of that. Landwehr had a really close submission but Onama managed to slip away. After two thrilling rounds, both men gave their all inside the octagon in the final round.

Landwehr defeated Onama after going the distance by majority decision.

Below, catch the highlights from Nate Landwehr vs. David Onama