LowKickMMA.com
Home UFC News Nate Diaz Aspires To Box, But Instead He’s ‘Stuck In A Cage’ 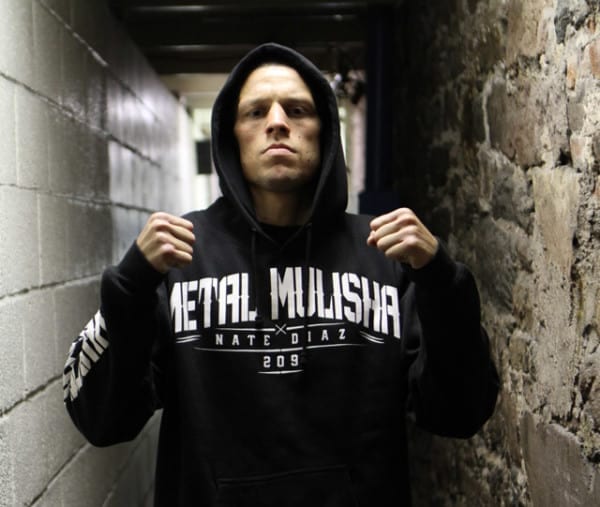 Nate Diaz feels like he should be pulling multimillion dollar purses from boxing the likes of Canelo Alvarez and Daniel Jacobs, but instead is ‘stuck in a cage.’

While Alvarez and Jacobs will slug it out tonight on DAZN to unify the middleweight championship of the world, the younger Diaz brother feels like that should be his spotlight. However, the Ultimate Fighting Championship (UFC) is holding him hostage.

“I should be boxing these guys.” Diaz wrote on Facebook (h/t bjpenn.com). “I’m stuck in a cage though.”

Diaz was scheduled to face Dustin Poirier at UFC 230 last November in New York City. However, that fight fell apart quicker than it was put together.

That being said, a third Conor McGregor fight is the real money fight for Diaz and the only huge fight that makes sense for the “Stockton Slugger” at this point in his career.

Will the UFC ever free him from his ‘cage,’ or will he just fight?