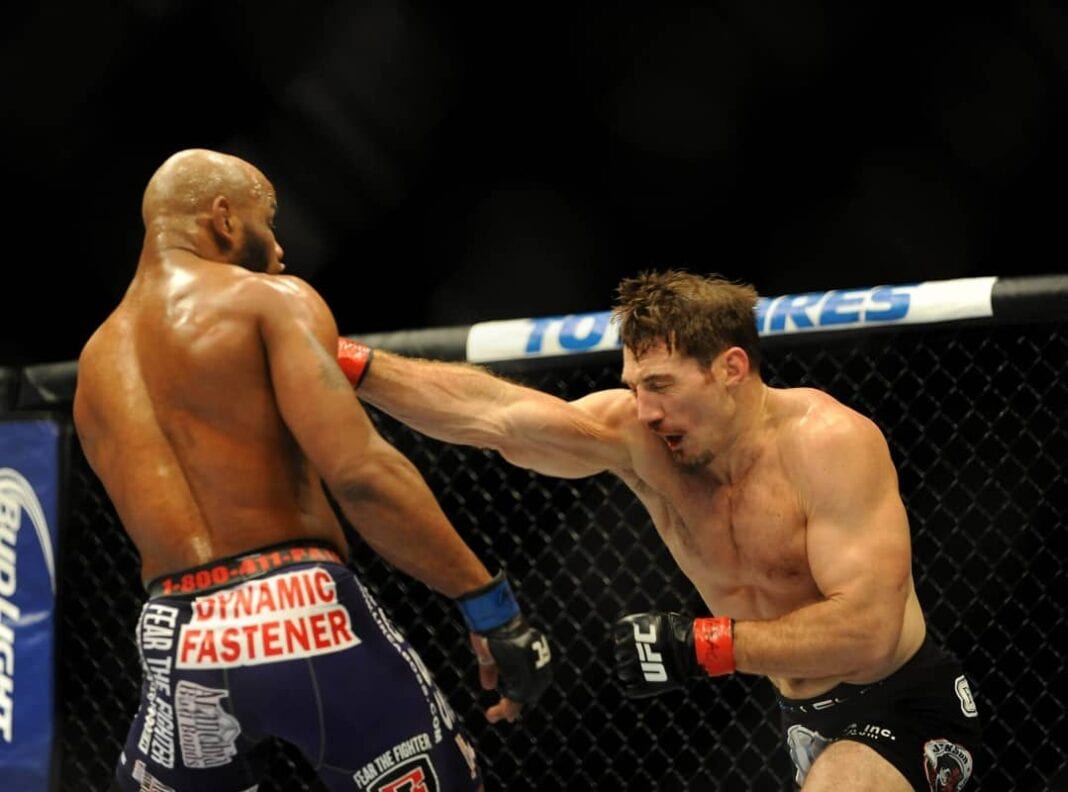 UFC middleweight Tim Kennedy thought he had Yoel Romero finished on the main card of last night’s (September 27, 2014) UFC 178 from the MGM Grand Garden Arena in Las Vegas, Nevada, but the “Soldier of God” was saved by the bell.

That lead to a huge cut over Romero’s eye being slathered in Vaseline, the NAC to demand that it be taken off, and the stool being left in the ring, seemingly given the Cuban freestyle wrestler a significant amount of extra time to regain his wits.

Romero promptly came back with a thunderous set of punches to finish Kennedy in brutal and bloody fashion in UFC 178’s “Fight of the Night”-winning bout. Kennedy was understandably upset at the strange situation, noting that he would appeal while referencing NAC bylines about combatants answering the bell.

While “The Sniper” may be in search of a no contest, NAC Executive Director Bob Bennett told MMA Fighting that that’s simply just an unlikely outcome:

“They’re very seldom overruled. The likelihood of an appeal being overturned is very slim. I’m not going to say it’s not going to happen, but like I initially said, it would be deferred to our legal department.

That hardly makes it sound like Kennedy’s appeal will hold much water, which is unfortunate.The whole fiasco was confusing and ultimately hard to control, to say the least. While referee John McCarthy drew much of the heat for what happened, Bennett actual gave credit to the official for his efforts to remedy the situation, which included “expediting a situation that unfortunately developed” and getting the fight “to continue as quickly as possible.”

The rising “Soldier of God” was met by a roaring chorus of boos upon the announcement of his controversial victory, and Kennedy confronted him aggressively backstage. But Romero was basically knocked out on his feet. He explained his side of the story in a post-fight interview with FOX Sports:

The issue of the Vaseline gave Romero a few extra seconds to come back from the dead, but McCarthy seemed to know what his corner was trying to do by not getting the stool out of the Octagon.

However, that’s hardly the only controversy about UFC 178’s “Fight of the Night.” Kennedy was largely losing before he tagged Romero with a flurry of uppercuts, during which many accused him of holding on to Romero’s gloves. So while he may be filing an appeal of his own, the reality is that Kennedy may never have had Romero in such bad shape if he didn’t break the rules himself.

Regardless, it doesn’t appear that the NAC is going to change the result of this bout. Now undefeated in the UFC, Romero should be in line for a huge fight after knocking off the No. 6 contender in Kennedy.