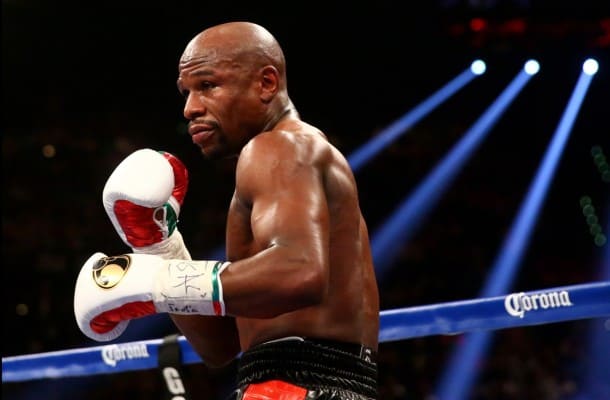 Boxing’s undisputed pound-for-pound king, and biggest star Floyd “Money” Mayweather is gearing up for what has been said to be his last fight ever, as he will take on relative unknown Andre Berto this Saturday night (September 12, 2015) from Las Vegas.

Despite having a fight within a few days, “Money” made headlines earlier this morning for some rather controversial news, as it was reported that Mayweather had taken an illegal IV rehydration after weighing in for his blockbuster mega fight with fellow superstar Manny Pacquiao last May.

However, it now turns out that the United States Anti-Doping Agency, as well as the Nevada State Athletic Commission was aware of “Money’s” IV infusion, and it has been confirmed that there were no prohibited substances in the IV. It was also made clear that Mayweather’s use of the IV was approved by USADA, and although it was approved weeks after the fight, all reports were noted, and the NSAC, as well as Team Pacquiao were well aware of what was going on.

”It is simply absurd to suggest that we would ever compromise our integrity for any sport or athlete,” the statement said. ”Although Mr. Mayweather’s application was not approved until after his fight with Mr. Pacquiao and all tests results were reported, Mr. Mayweather did disclose the infusion to USADA in advance of the IV being administered to him,” USADA’s statement read.

Mayweather also commented on the situation himself, noting that he has never violated any rules, and that he has always followed the guidelines of the NSAC, and USADA:

”I did not commit any violations of the Nevada or USADA drug testing guidelines,” Mayweather said in a statement. ”I follow and have always followed the rules of Nevada and USADA, the gold standard of drug testing.”

Are you buying “Money’s” defense, was it really just a misunderstanding, or did the undefeated superstar take part in some shady business ahead of one of the biggest fights of all time?