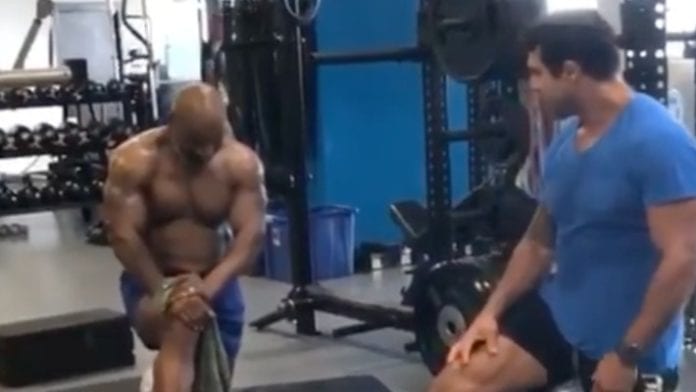 The 53-year-old is expected to make his highly-anticipated return to the sweet science in a charity match in the near future. Although there is no confirmed opponent as of now — though there are a number of options for him — Tyson continues to ramp up his training as he remains in great shape.

You can watch a short snippet of them together doing stretches below:

Belfort also shared a message in the post of how Tyson inspired him back in the day.

“The youngest boxing champion with the youngest @ufc #mma champion.
@miketyson & @vitorbelfort ?????? — Mike, was my motivation to becoming the KING ? & record hold of most K.O in @ufc history since 1993″

It also appears that “The Phenom” is interested in doing something with Tyson, though it doesn’t seem to be for a boxing match. Both attended a recent AEW event recently, with Tyson making an appearance on the show.

As for Belfort, he is yet to make his ONE Championship debut despite signing with the promotion last year. However, he may not have to wait for long with his opponent expected to be Alain Ngalani.

What do you make of Tyson and Belfort training together?