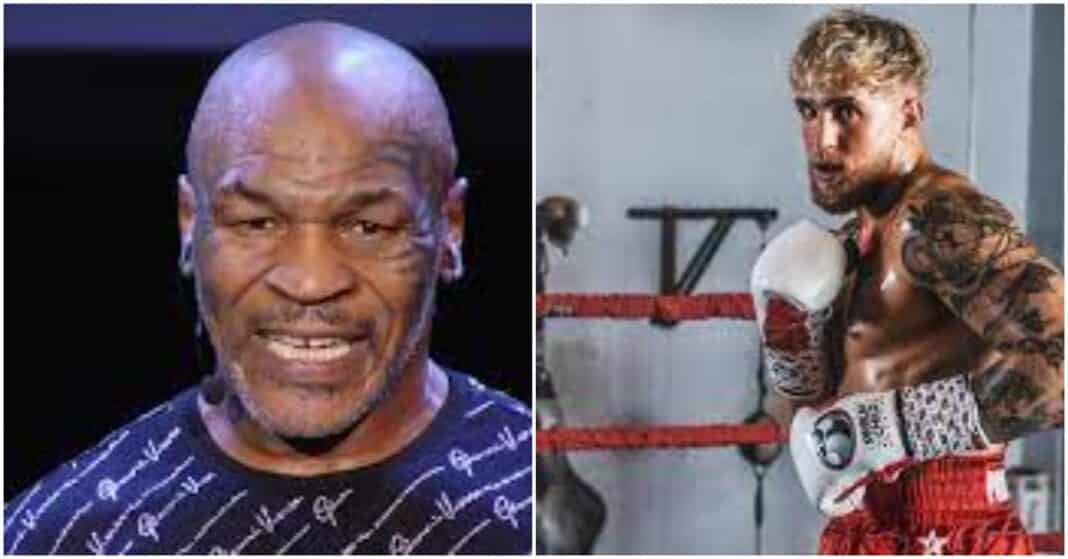 Mike Tyson was explaining that he could beat Jake Paul, but wouldn’t do it so he could have “his reign””.

Tyson said his family likes the Paul brother and that is the reason that he wouldn’t want to fight Paul. “So f*****g easy. Yeah, but I would never. I’d be against my own f*****g family.” Tyson said. “They love this little white motherf****r. You know what I mean? He got balls. He’s got f*****g balls. When you see a white boy with balls, you know. I’m talking about for real, but f**k you motherf****r… Yeah but nah man, let him have his f*****g reign.” (Sportskeeda)

Paul is coming off a win against Tyron Woodley via split decision in a fight that many people tuned in to watch. Woodley even got a Jake Paul tattoo so they could possibly run the fight back. Paul has two wins over former MMA fighters now after he has beaten ‘Funky’ Ben Askren and Tyron Woodley.

Tyson Fury’s Brother Next For ‘The Problem Child’?

Paul’s name has been linked to Tommy Fury, a real boxer. Tommy Fury is the younger brother of Tyson Fury, who is coincidentally named after the great Mike Tyson. Fury is a significant step up in competition for ‘The Problem Child’ and would solidify his future in the sport of boxing if he is able to win. Paul is a fantastic promoter as he gets many people to tune into his fights due to his ability to make people hate him.

Tyson had been retired for a long time before last year when he took on Roy Jones Jr. The bout was ruled a split draw by the judges, but Tyson clearly looked like the better fighter. Tyson is still in fantastic fight and would most likely send Paul into the shadow realm if the two squared off. Paul is fortunate that Tyson’s family likes him and he doesn’t want to take his head off.

How fast do you think Mike Tyson would beat Jake Paul in a boxing match?