LowKickMMA.com
Home UFC News Mike Perry Says He Will Only Have Girlfriend In His Corner For... 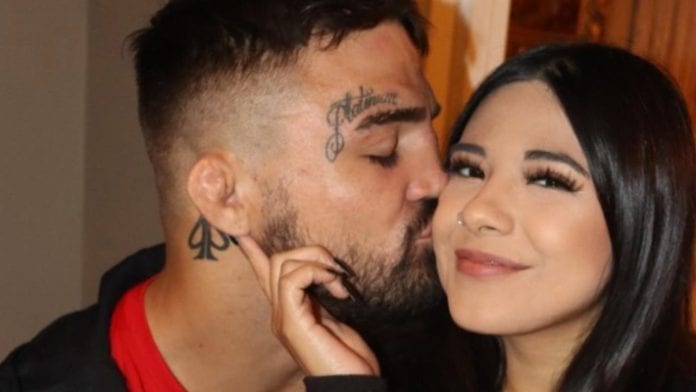 UFC welterweight Mike Perry is switching things up drastically for his next fight.

Currently enduring a rough stretch of three defeats in his last four outings as well as five in his last seven overall — the latest of which was a career-first TKO defeat against Geoff Neal in December — Perry doesn’t see any need or use for having proper coaches in his corner.

So who will be in his corner for his next fight? Just his girlfriend. And possibly her friend as well.

“My girlfriend, just her,” Perry told MMA Junkie. “If not, her and her friend.

“… I’m not listening to any coaches right now. Coaches who are saying things that they ain’t gonna go in there and do. They want it to be this way or this way, and like it’s a totally different way. I need a guy like me to hold mitts; I want to hold mitts for myself to be honest with you. I can show people a couple of techniques or whatever, and I’m just ready to fight for my life. … Ain’t nobody gonna take this from me.”

Perry Sees No Need For Corner

It wouldn’t be the first time a fighter has had just one person in their corner.

Look at how well that went for Diego Sanchez who just had Joshua Fabia by his side in recent fights. But the only use “Platinum” has for a corner at this point is to give him a bottle of water.

“All I need the corner for is to pass me the bottle of water,” Perry said. “Wipe my head off or put the ice on my neck when I get hot coming in between the rounds. It’s probably not gonna go more than five minutes, and if it does, all I need is a bottle of water. I need to sip a drink, put some ice on my neck, and I don’t need no advice.

As for when he’s targeting a return?

“June, July – I’m ready,” Perry added. “Tomorrow, tonight, yesterday, the next day. It don’t matter, bro. Any one of these mother (expletive’s) can get it at any time. Let’s go.”

What do you make of Perry’s statement?