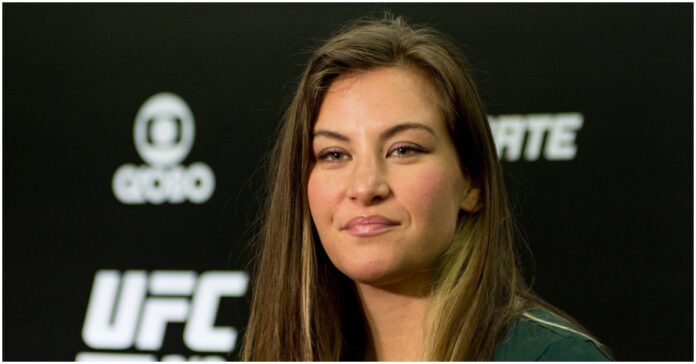 Former UFC bantamweight champion Miesha Tate has won Celebrity Big Brother. The competition included the likes of Lamar Odom, Chris Kattan and Shanna Moakler amongst many other guests. The participants would live in the same house for three weeks to compete in challenges before beginning to vote each other out.

Miesha Tate started out strong in the competition, winning the first challenge and putting her in a position to place two people up for eviction. Throughout the competition, Tate looked like one of the stronger members so it was no surprise when she won in the final via a vote of 7-1 to claim the $250,000 prize.

Despite taking time away for the show, Tate is still as focused as ever on her MMA, and she will need to be given her next challenge comes in the form of Lauren Murphy in May.

Tate returned to the sport after being away for five years to TKO Marion Reneau in her return fight. She would then go on to lose a decision to Ketlen Viera before making the decision to change weight classes.

‘Cupcake’ had success in her current weight class, following her failed first attempt at securing the bantamweight title Tate would acquire a four-fight winning streak to earn herself another shot. Late in the 5th round, Tate sank in a rear-naked choke which would force the champion at the time Holly Holm to tap.

Her opponent currently sits at #3 in the flyweight rankings and will be looking to bounce back from her TKO loss to division champion Valentina Shevchenko at UFC 266. Prior to that loss, Murphy had accumulated a five-fight winning streak which included the likes of Andrea Lee, Roxanne Modafferi, and Joanne Wood.

How do you think Miesha Tate will do against Lauren Murphy?