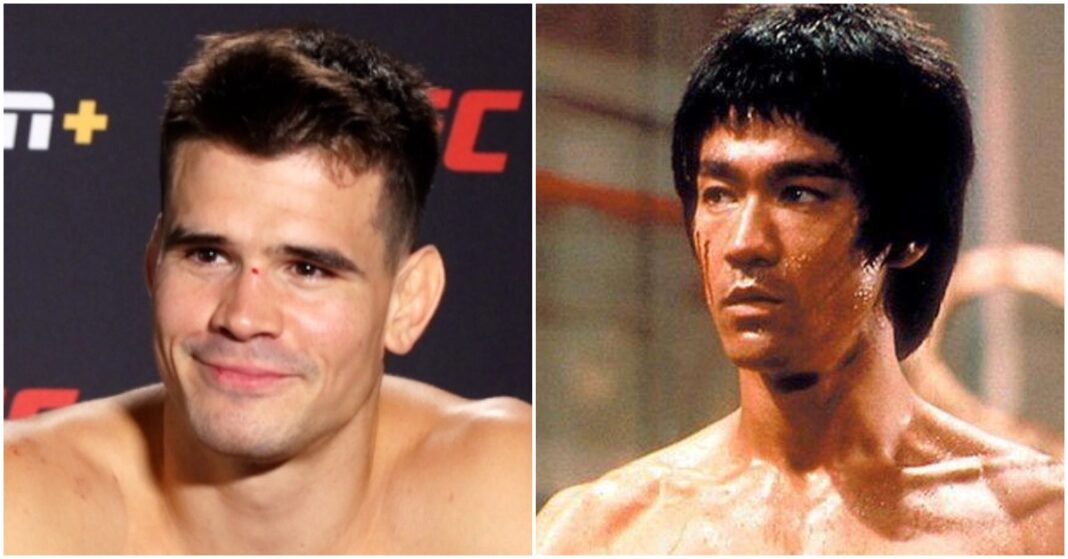 Welterweight Mickey Gall’s (7-4 MMA) UFC career started like no other; by beating up an actor and has stated his streak would continue if he were to fight a ‘prime’ Bruce Lee.

Gall, who was the one to welcome former WWE champion and superstar, Phil Brooks aka ‘CM Punk’ to MMA at UFC 206 in September of 2016.

This was the 30-year-old’s second UFC appearance after beating Mike Jackson in the February of that year for the opportunity to face Punk, in what many thought to be ‘CM Punks’ coming out party.

However, Gall only needed one round in the octagon as he managed to submit the pro-wrestler via rear-naked choke within the opening two minutes.

The Brazilian Black-belt has since then expressed that “[he] would f*ck Bruce Lee up,” recently on the MGGM podcast, after discussing a viral YouTube video of Bruce lee winning against Micky Gall in the video game ‘UFC 3’.

Regrettably, Bruce Lee isn’t about in 2022 to challenge the claims of Mickey Gall, nevertheless, Lee is adored within the MMA community after becoming a household name for Mixed Martial Arts in the 1970s.

Who is Mickey Gall fighting next?

Following six years of being with the UFC and earning himself a record of 7-4 with the promotion, the LA native is looking to improve his record against Mike Mallot (7-1-1 MMA) at UFC 273 on April 9th.

The natural welterweight will look to take advantage of the clear discrepancy of octagon experience of Mallot, as Gall aims to get back into the win column at Jacksonville early next month.

Do you think Mickey Gall will get his win at UFC 273?