Michel Pereira is entering the final fight of his UFC contract on Saturday night when he battles Zelim Imadaev. It is a fight many fans are circling for the Fight of the Night.

Although the Brazilian is on a two-fight losing streak, dropping a decision to Tristan Connelly, and a DQ loss to Diego Sanchez, he isn’t worried about his UFC contract. Instead, he knows he has an exciting style that the UFC will renew his contract win or lose.

Michel Pereira is someone who knows it only takes one of his shots to land to end the fight. So, the Brazilian tells the fans to not blink.

“That’s what my bosses Dana White and Sean Shelby want to see, and I’m an employee,” “Demolidor” said. “If that’s what they want me to do, I’ll give them that. I’ve trained hard and gave my all in the gym to be able to get there and give everyone a show.”

“To me, a fight is a fight,” he continued. “Wins and losses are the consequence. Of course that I want to win, that’s not up for debate. But I don’t think only about myself. A fight is not only about myself. I think about my fans, my bosses. I think about everyone. I’m not there just to fight. That’s the right mindset, and that’s something fighters lack today. They just go out there and put on boring fights. They don’t fight for the fans, they don’t put on a show, so it’s boring.”

Do you think Michel Pereira will beat Zelim Imadaev? 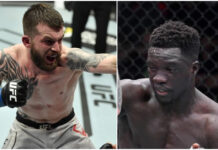 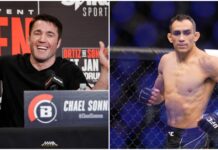 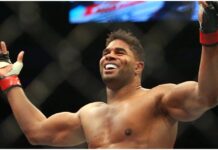