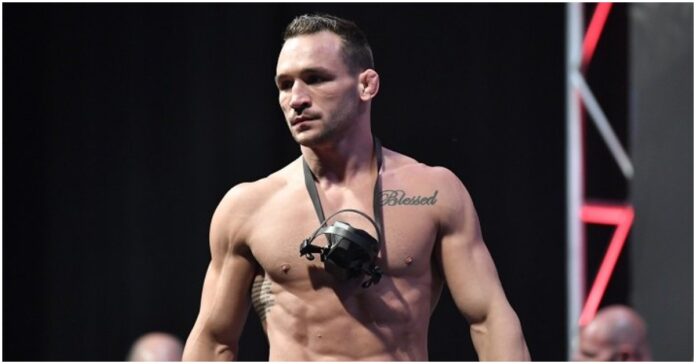 Michael Chandler has boldly predicted that Ian Garry will become a UFC champion in the next couple of years.

The Irishman enjoyed an excellent 2021 that saw him become the Cage Warriors welterweight champion before getting called up to the UFC.

Garry debuted at Madison Square Garden, on the same card Chandler went to war with Justin Gaethje and looked impressive. ‘The Future’ knocked out Jordan Williams inside one round to announce himself as the next potential Irish superstar.

The 23-year-old relocated to Florida in 2021 and has been training with the likes of Chandler, Gilbert Burns, Vicente Luque, and Derek Brunson at Sanford MMA ever since.

During a recent interview with ESPN’s Megan Olivi, Chandler had nothing but good things to say about Garry who he thinks has the potential to make it to the top of the sport.

“We had a couple of conversations and then I was like, okay, obviously the talent is there, you know?” Chandler said. “His body type, his confidence in himself, the part of the world that he comes from – he’s a young, brash Irishman who does not lack confidence in any area of his life. And that’s something I’m attracted to as well. Even as a 35-year-old – a guy who has been in the game for a decade longer than he has – I still try to remember myself as that young, hungry, nothing-to-lose kind of guy.

The 3X Bellator champion believes Garry will quickly rise through the UFC ranks and become a champion in the organization within the next two years, he said.

“And I think my fight style shows it, my attention to detail shows it because I want to live a champion lifestyle. And it’s just awesome to see these guys come in and even Ian himself, I think his game is on a trajectory to the moon. I think he will be world champion in the next couple of years.” (Transcribed by Sportskeeda)

Do you agree with Michael Chandler? Is Ian Garry the next big thing?