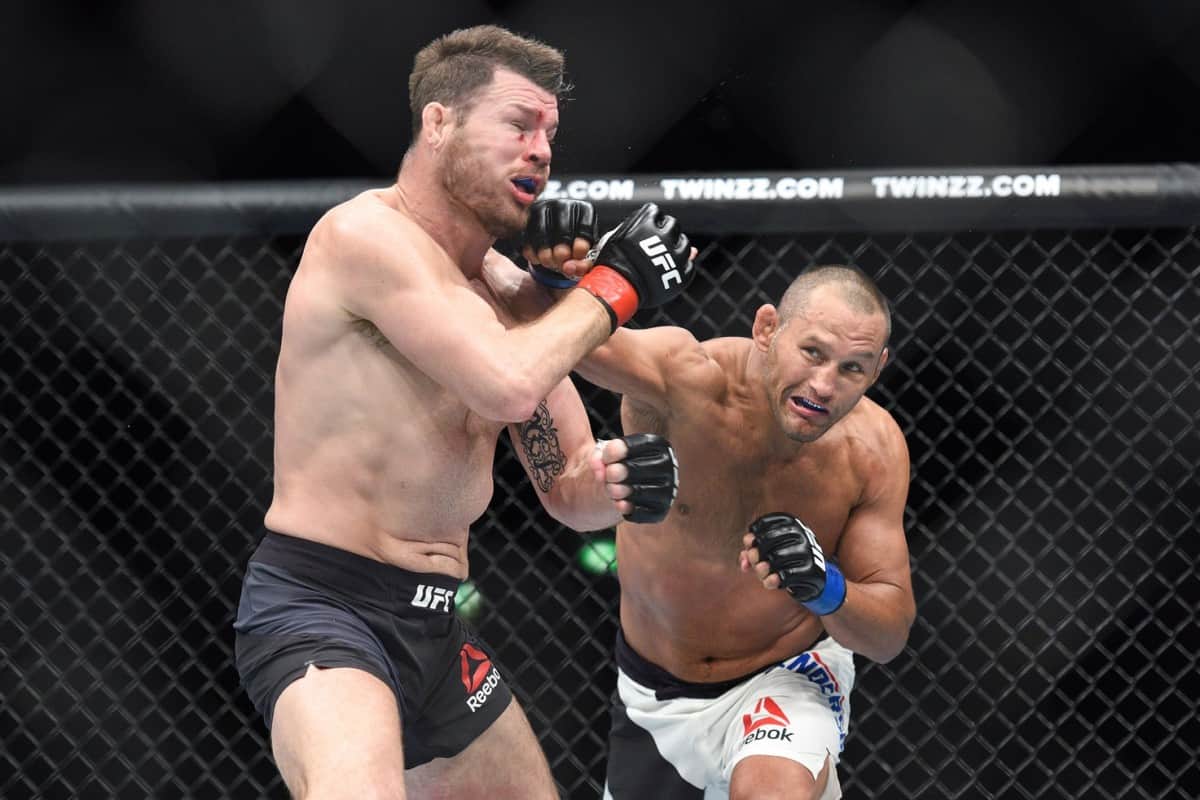 The UFC middleweight championship, along with a chance at revenge, was on the line for the newly-crowned Michael Bisping when he met rival Dan Henderson in the main event of tonight’s (Sat., October 8, 2016) UFC 204 from Manchester Arena in Manchester, England.

And “The Count” got it, but it wasn’t without adversity. Bisping used his superior speed and technical striking to push the action at ‘Hendo’ throughout the entire fight, but Henderson rocked his British counterpart with two patented ‘H-Bombs’ in both the first and second rounds that had ‘Dangerous Dan’ dangerously close to finishing the fight.

Badly cut and bleeding, Bisping showed the heart of a true champion by rebounding with a onslaught of precise volume strikes, stinging Henderson on countless occasions but never seriously threatening a knockout. In the end, the hometown judges gave ‘The Count’ a unanimous decision win for his first title defense.

After the bout, Henderson announced his official retirement from MMA competition. Watch the full fight video highlights of his last bout below: