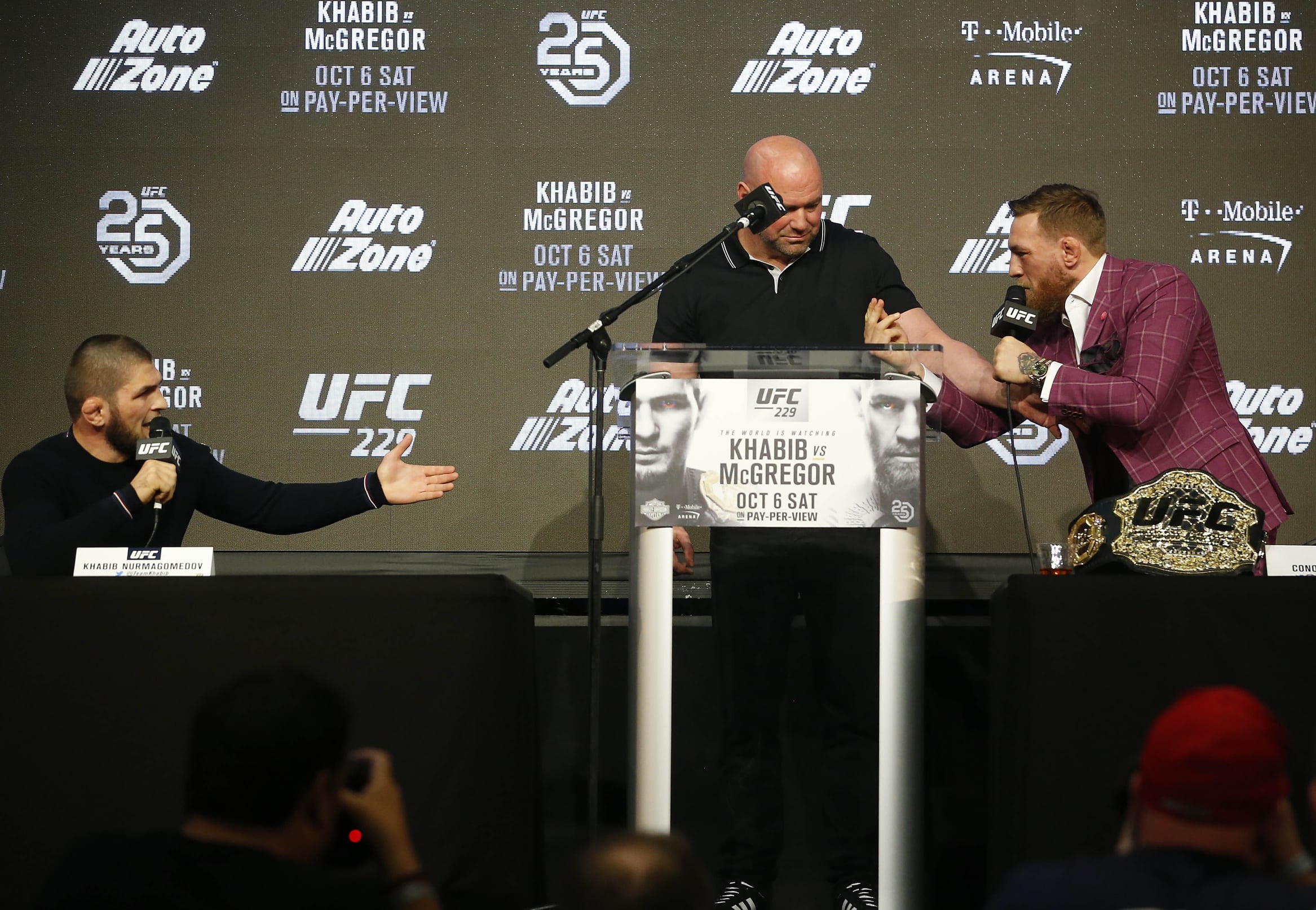 The UFC 229 press conference between Khabib Nurmagomedov and Conor McGregor got extremely personal.

McGregor will make his highly-anticipated return to the Octagon after a nearly two-year layoff. He’ll challenge Khabib Nurmagomedov for the UFC lightweight championship. That will go down on October 6th live on pay-per-view (PPV).

Before they lock horns, however, McGregor and Nurmagomedov faced off for the first time today in New York. Throughout the ordeal, McGregor consistently threatened “The Eagle’s” life:

“If you pull out like you always do pull out, may God have mercy on your soul – and trust me on that,” McGregor said.

McGregor also referenced his UFC 223 media day bus attack. He suggested that if Nurmagomedov ever got off of the bus, he would’ve killed him:

“If you’d have gotten off that bus you’d be dead now! You’d be dead and I’d be in a cell, so shut your f*cking mouth.”

Finally, McGregor suggested Nurmagomedov would have some serious hell to pay if he pulled out of the fight for any reason. He said Nurmagomedov, his family, and his team would all suffer the consequences:

“On your own soil. I’m going to love that even more. So you just show up to this fight, and we do this the noble way. Pull out, and then you know what’s going to happen to you back home kid. So that’s all I’ll say about that.”