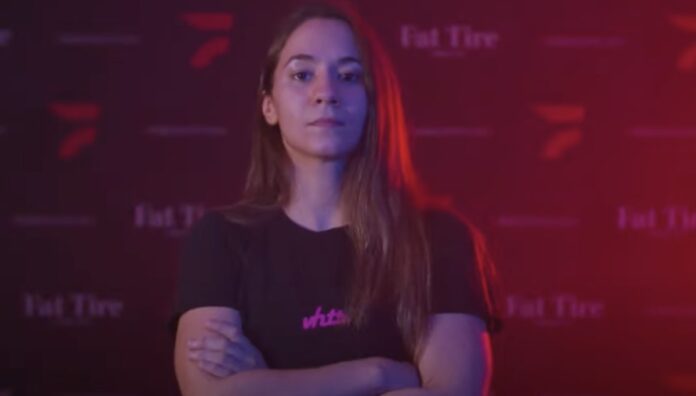 Maysa Bastos lived most of her childhood living in the city of Maricá before moving to Niterói near Rio de Janeiro. Before she got into BJJ, Bastos trained in Judo along with her older brother.

She first started learning Jiu Jitsu in Maricá with Jair Court at a GFTeam school. Bastos quickly grew a passion for Jiu Jitsu and would spend most of her time on the mat.

While training within the state of Rio de Janeiro, Bastos would routinely make trips to different GFTeam schools. Frequently going to the GFTeam headquarters in Meier to train with Julio Cesar.

Her dedication would lead her to being one of the best juvenile blue belts in all of Brazil. In just a short time, Bastos would prove she was one of the best in the world.

When Mayssa was still at the juvenile blue belt, many saw her potential to become one of the world’s best. At this belt, Bastos began making her name on the international scene.

Winning double gold at both the IBJJF Juvenile Pan and European Championship. Then earning second at Juvenile Worlds right before she earned her purple belt.

At purple belt, Mayssa Bastos would continue making a name for herself on the world Jiu Jitsu stage. Her time at purple belt would last two years between 2015 and 2016.

In that time, Bastos would win her first two BJJ world championships. Also winning the European and Pan Championships twice in those years, as well.

Mayssa would continue winning at brown belt as expected. She would spend 1.5 years at brown belt and would come up short of winning the IBJJF World Championship.

But Mayssa Bastos would win the Abu Dhabi World Pro and UAEJJF Grand Slam in Abu Dhabi and Los Angeles.

Bastos has never been afraid to train at different gyms to improve her skills. While in Brazil, she would travel around training at different GFTeam schools.

Once she was able to travel and train in the US, Mayssa would train at even more gyms. Including GFTeam Orange County on the west coast and also Unity Jiu Jitsu in New York.

At Unity Jiu Jitsu, while training with Murilo Santana. This would become the predominant gym that she would train at to prepare for tournaments in the US.

Mayssa’s nickname is the “Pequena Notável.” This name translates to English as the remarkable little one.

She was dubbed this by a FlashSport photographer named Marcos Furtado. Bastos is small in frame, but she would frequently win absolute divisions throughout competitions in Brazil.

Mayssa Bastos would live up to her nickname in the black belt division and win absolute divisions at black belt.

When Mayssa Bastos won the Abu Dhabi Pro at brown belt in 2018, she would earn her black belt. Julio Cesar would promote her on the podium after 9 years of training.

Bastos didn’t waste any time and would get right back to winning competitions. Her first tournament at black belt would be the American Nationals.

She would go 3-1 at her first black belt competition winning the 48 kg division and 2nd in absolute division. Most notably beating Patti Fontes by advantage and losing by advantage to former world champion Karen Antunes.

After that loss, Mayssa Bastos would not lose again in 2018. Going 18-0 and winning numerous championships. Including EBI 18 and the No-Gi World Championship.

At both events, Mayssa beat Patti Fontes in the finals twice to put her up 4-0 against her rival.

Fresh off of winning her first No-Gi World Championship and EBI 18, Bastos continued proving she was an elite competitor.

Mayssa Bastos would come up short in her first tournament of 2019, losing in the finals of the Abu Dhabi Grand Slam.

The loss didn’t really affect her as Mayssa would go on to win the European Open and the Netherlands Pro. She would continue her tour of Europe and compete in a few more tournaments.

Winning all of her matches by submission at the European Continental and Grand Slam London tournament.

Mayssa Bastoswould then add another Pan American Championship to her collection along with two wins on different BJJ pro shows.

Her next 2 tournaments would be world championship tournaments. The Abu Dhabi World Pro and the IBJJF World Championship.

Pequena Notável would continue to make a name for herself. Going 7-0 in these tournaments to add two more world titles to her resume.

She would end her impressive 2019 by winning the Abu Dhabi Pro Rio de Janeiro tournament and the $20k grand prize.

Due to the global pandemic, Mayssa Bastos wasn’t as active in competition in 2020 due to restrictions. Although in the competitions she did participate in, Bastos went a perfect 6-0.

Gundrum at this point had just reached the rank of black belt. Having gone undefeated in Jiu Jitsu competitions since she was 12 years old.

Bastos would use her experience and shut down Gundrum’s high level guard game to win a referee decision. Topping off her 2020 and started to prepare for a busier 2021.

Bastos’ 2021 did not start how she wanted as she lost in the finals of the World Pro to Brenda Larissa. She would bounce back to win the No-Gi Pan American and Grand Slam Miami tournament before losing at the Pan American.

In normal fashion, Bastos would bounce back from her loss and get ready for two big tournaments. The first would be the WNO 52 kg championships.

She would win two referee decisions in her first two matches to meet Grace Gundrum again in the finals. Once again, Bastos would use her experience to stop Gundrum’s game to win the inaugural WNO 52 kg title.

Her last tournament of 2021 would be winning her 2nd No-Gi World Championship. Beating both of her opponents with ease with one submission and a 9-0 win.

Mayssa has one of the most technical guard games in all of Jiu Jitsu. She is a back take wizard that loves to use berimbolo rolls to get there.

Along with her elite back taking skills, Mayssa Bastos’ No-Gi game is actually a heavy top pressure game. Her ability to mix up her style has made her one of the best grapplers in the world.

At only 24 years old, Mayssa Bastos is already one of the most accomplished grapplers in the world. Winning multiple world championships in both the Gi and No-Gi.

She has yet to peak as a competitor and will most likely stay on top for years to come. Bastos’ next goal will be to add an ADCC title to her impressive resume.