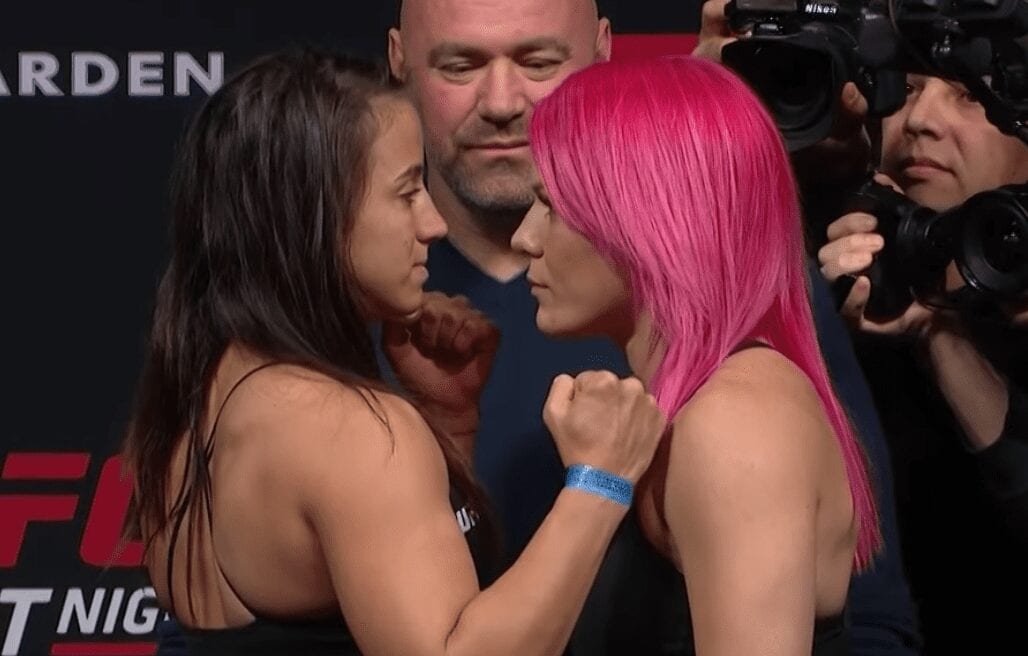 Next up on the UFC Boston main card is a women’s flyweight bout between Maycee Barber and Gillian Robertson.

Round 1: It’s a striking match so far but neither fighter has yet to hurt the other. Robertson pulls guard and attempts a single leg takedown. They both stand up and are in a clinch position with Barber against the fence. They separate and Barber unleashes a flurry as Robertson can’t handle the volume and the fight gets stopped.