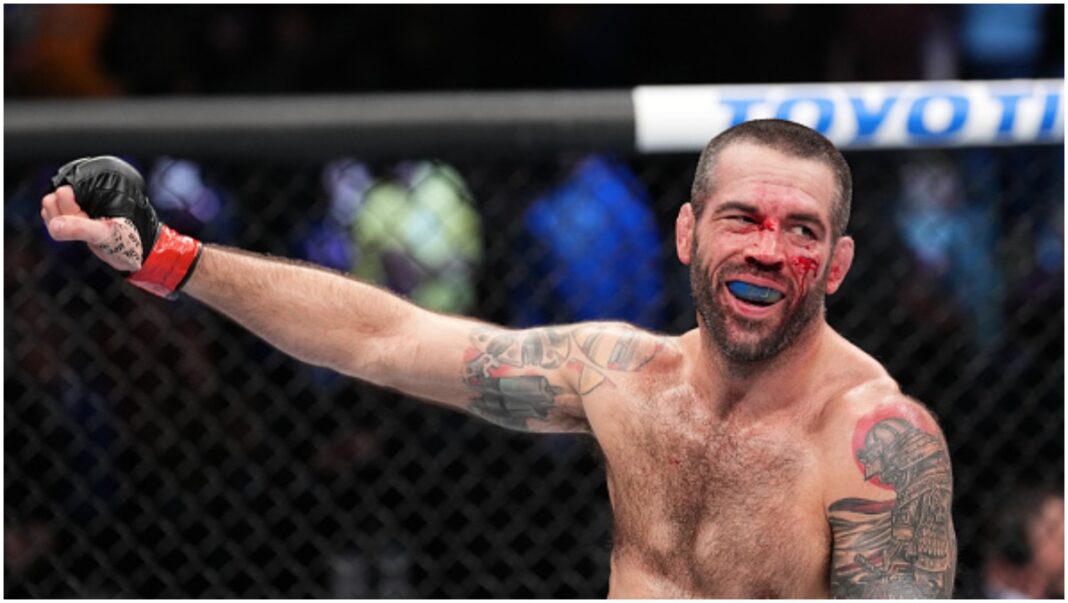 A beloved UFC legend, Matt Brown is known for his deadly striking and ‘never say die’ attitude in the cage. However, it’s also impressive to think despite all his professional fights; Brown has only missed weight a single time. And now, he’s revealing the strange story that caused the weight miss.

“I missed weight one time in my life, and there’s a funny story behind that.” Matt Brown told MMA Fighting. “It was when I was fighting Robbie Lawler, and I didn’t have time to cut the weight. It was back when they were at 4:30 (the weigh-ins). I had to get on the bus, and I called Bert, and I said, ‘man, I need like 20 more minutes. I got half a pound to go.'”

“He said, ‘no, you gotta get on the bus right now. You’ll have an hour after the weigh-ins (to make weight)’,” Brown recalled.

“So I go there, get weighed in, and I’m sitting in the back, and this guy is like posing as one of the doctors. And he said: ‘I seen you out there cutting weight. You can’t cut any more weight. You need to rehydrate’ So, I started drinking water,” Matt Brown declared.

“Dana comes over like 5 minutes later,” Brown continued, “And he’s like: ‘hey, did somebody just tell you not to cut weight?’ He goes, ‘that dude is not a doctor. I don’t know who that guy is’ And I guess he told somebody else not to cut weight either… And that was the last I heard of it.”

Matt Brown would say that he told Dana White he could attempt to cut more weight and was just basically following the “fake doctors” orders. Of course, Brown didn’t know the doctor was fake until it was too late, so Brown said that Dana and the UFC basically brushed the whole strange series of events aside.

What was even more strange is apparently, the fake UFC doctor told multiple fighters to stop cutting weight that day, and Brown wasn’t the only one unfortunate enough to get bamboozled by the fake doc.

Is this the strangest story you’ve ever heard from the MMA world? If not, what is?