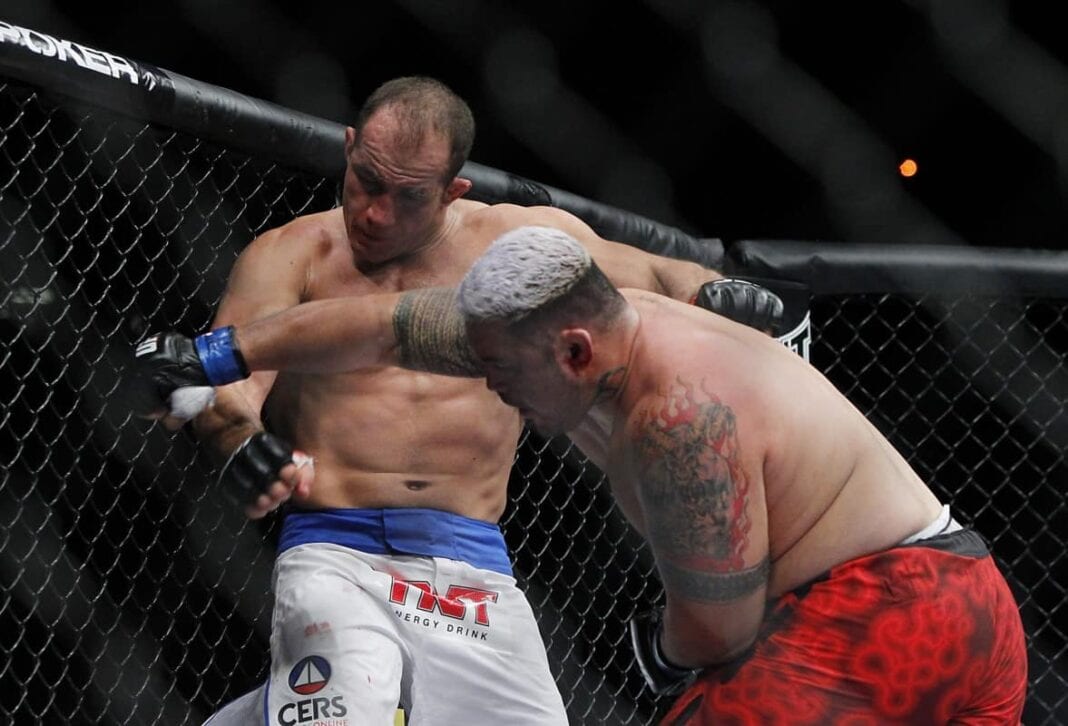 Junior dos Santos may have been pegged as being on the downside of his elite MMA career, but he proved that theory extremely wrong when he dominated top-ranked Ben Rothwell in the main event of yesterday’s (Sun., April 10, 2016) UFC Fight Night 86 from the Zagreb Arena in Zagreb, Croatia.

The victory put the previously No. 5-ranked “Cigano” in line for another big fight in the relatively barren heavyweight ranks, and indeed there is a small but strong list of potential opponents awaiting him after their current match-ups are done.

However, there’s another top heavyweight who doesn’t have a fight booked and wants a bout with dos Santos, and that’s his UFC 160 opponent, fan favorite Mark Hunt. “The Super Samoan,” who lost to a dos Santos spinning wheel kick at the epic event back in 2013, called out for a rematch with “Cigano” on Twitter immediately after his win over Rothwell:

Although Hunt lost the “Fight of the Night” bout by highlight reel knockout, “The Super Samoan” undoubtedly gave dos Santos all he could handle, rocking him with his trademark massive shots early and often in the fight. 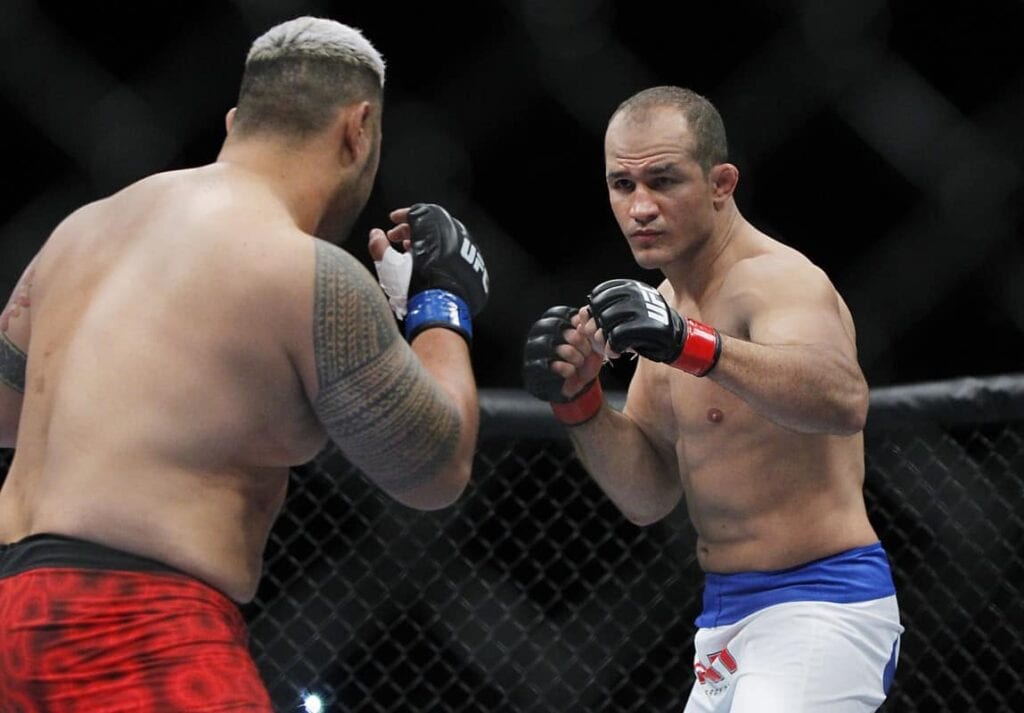 After the loss to dos Santos snapped a four-fight win streak that had him on the verge of title contention, Hunt went on to participate in his classic brawl with Antonio “Bigfoot” Silva that ended in a draw at UFC Fight Night 33 that December. He knocked out Roy Nelson in September 2014 before losing two straight to current UFC 198 title fight participants Fabricio Werdum and Stipe Miocic.

But Hunt has since rebounded well with knockout wins over Silva in the rematch and Frank Mir at March’s UFC Fight Night 85 from his homeland of Brisbane, Australia. The results suggest that Hunt could deserve a rematch with “Cigano,” and there’s little to no doubt the fight would provide fireworks once again.

There are other top-ranked heavyweights the promotion could be saving dos Santos for, however.

Who do you think “JDS” should throw down with next? Cast your vote here!