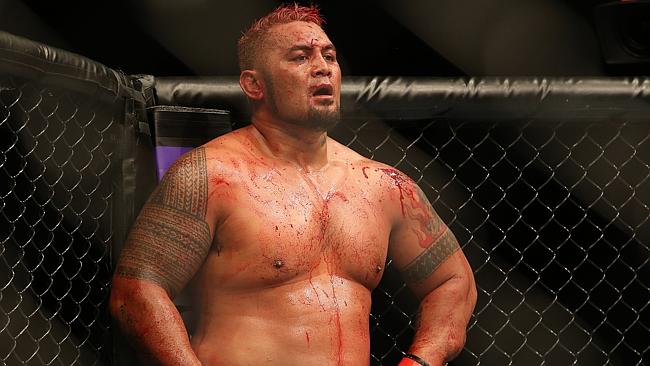 Mark Hunt has not been happy with the UFC as of late, with highly publicized barbs coming from both ways following Hunt’s removal from a main event rematch against Fabricio Werdum.

The UFC pulled Hunt from the card after the heavyweight went on record saying he was dealing with memory loss and other symptoms common with CTE, which occurs after prolonged concussions.

Things have gotten so bad that Hunt says he will be looking for employment elsewhere once his contract is up with the UFC:

“Three fights left, this will be one of them, I got two left and then see you later. That will be the end of my career in the UFC. I have two fights left and that’s it.

“You probably know the path I’ve had with the UFC, but you know, it’s business. I haven’t done nothing wrong, I just don’t like to be treated like shit – even if I’m an employee or whatever and I speak my mind about it and, you know,

“I’ll go from there. So like I said, three fights left and I’ll move on. I’m looking at going and fighting global fights for New Zealand, Australia and probably Japan. It depends on what happens. Like I said, I’m still chasing the dream of that world title.”

Hunt was originally a leftover from the old PRIDE deal, and the UFC initially wanted to pay Hunt’s contract so he wouldn’t have to fight. Hunt opted to forgo the money for a career in the UFC, where he quickly became a fan favorite, known for his walkoff knockouts and granite chin.

Now as an older fighter with a decade plus of damage, Hunt may not be the fighter he once was, but still has a sizable fan base in his native Australia/New Zealand as well as Japan, where he fought for PRIDE and DREAM FC.